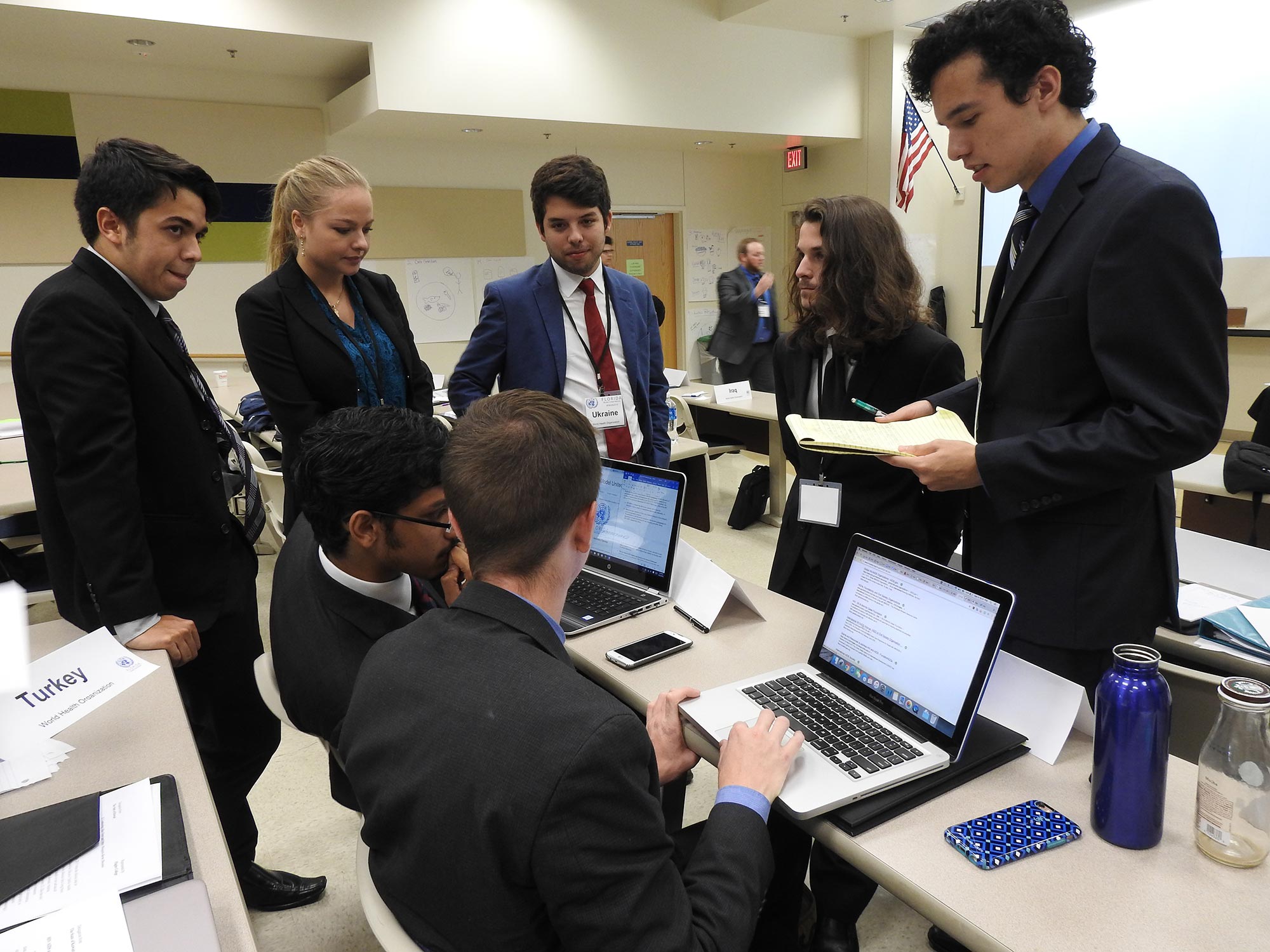 TCC is one of only a few colleges and universities that field a completely volunteer team. Members work on their own time, rather than within a for-credit class. The team is led by students John Griffin, president, and Nicolas Spaunburgh, vice president. Faculty advisers are Tom Waller and Richard Murgo.

The team is now preparing to host their own event—the 21st annual Tallahassee Southern Model United Nations, which will be held at the Florida Capitol in February. The conference is typically attended by more than 200 high school and middle school students. The team will close out the year at the National Model United Nations in New York City in April.