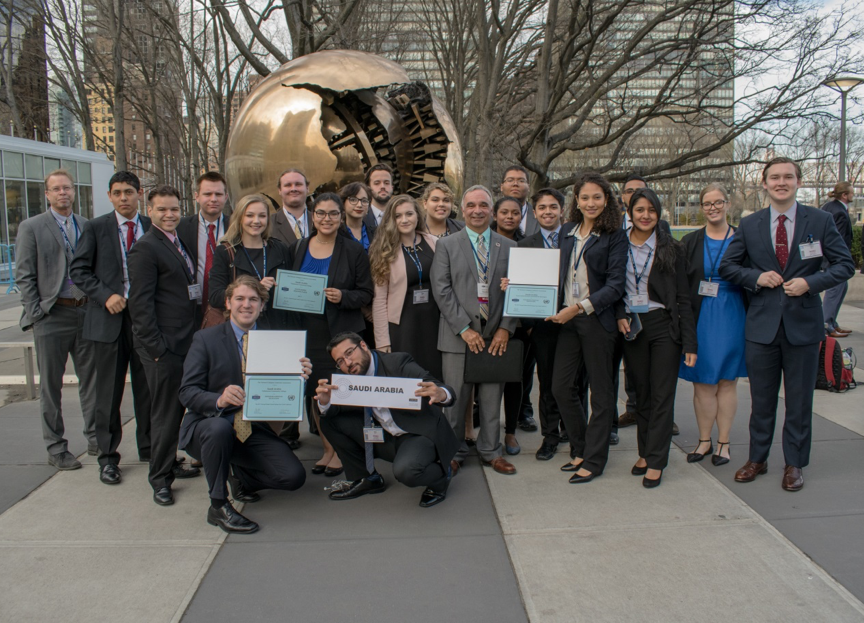 The TCC delegation earned an Honorable Delegation award, given for the level of research knowledge, quality of papers submitted before the conference and speaking ability. The team also earned three Position Paper Awards, which are based solely on their research presented before going to the conference. The TCC students were also selected by their peers for a Best Delegation in Committee Award. They were competing with universities from around the world, such as the London School of Economics, McGill University and the University of Hohenheim.

The team was led by John Griffin, president, and Nicholas Spaunburgh, vice president. Faculty advisers are Thomas Waller and Richard Murgo. Membership is open to all TCC students.