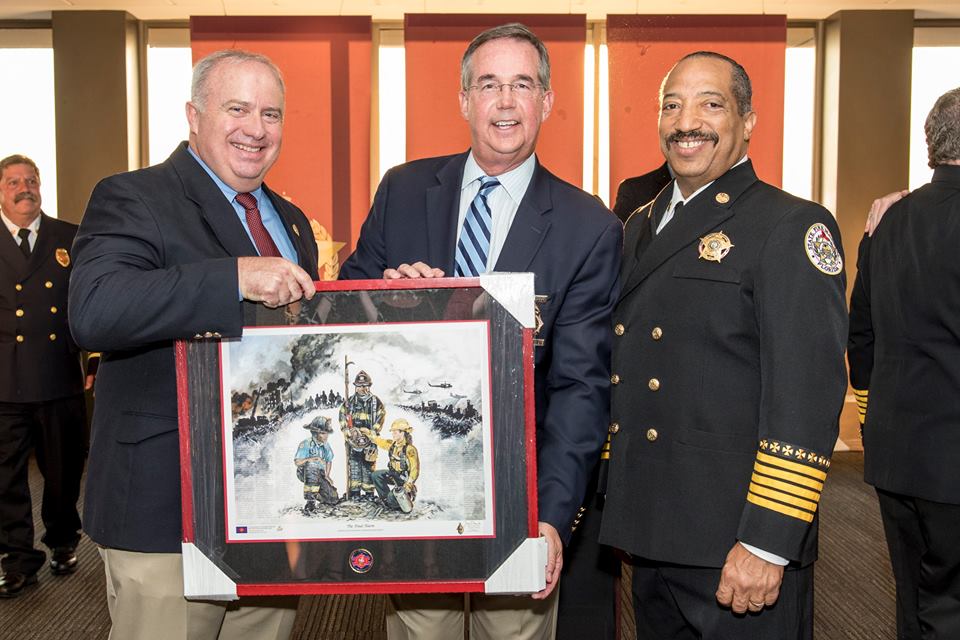 Melvin Stone, assistant director of the Division State Fire Marshal, was on hand. Stone was TCC Fire Academy coordinator when the recruit classes he oversaw raised more than $6,000 for the project.

The Academy received a signed lithograph of the monument that will be erected on the Capitol grounds.