Members of Law Enforcement Basic Recruit Class 446 graduated on June 26 at the conference center at FPSI, which is located in Gadsden County. The guest speaker for the ceremony was Wakulla County Sheriff Jared Miller.

Several students were honored for high performance at each ceremony. 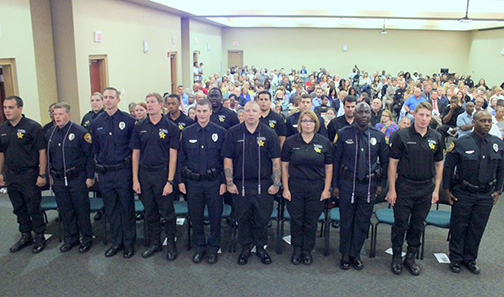 Law enforcement recruit Jonathan Chitty was awarded the Sgt. Dale Green Memorial Award, given to a recruit who embodies the characteristics of a true leader and shows commitment to his success and to the success of classmates. Chitty was also the president of the class.

Charles Condor received the Executive Director’s Award for top academic performance. He also received an award for most improvement in physical training.

Brandon Ryland received the Deputy Chris Smith Memorial Award. Ryland’s classmates selected him to receive this honor due to his dedication, hard work and friendly personality. 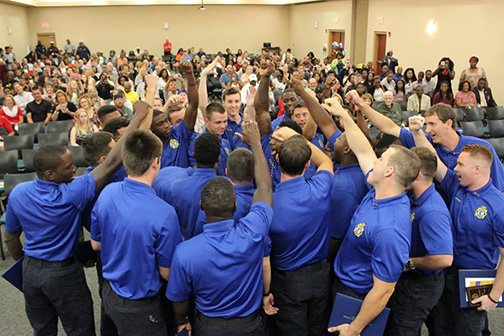 Brandon Ceasor received the Ike Royal Memorial Award, which recognizes the firefighter recruit who leads by example and mobilizes and unifies people.

Each semester, recruit classes at FPSI engage in service projects to support the community and show their commitment to public service. Law Enforcement Basic Recruit Class 446 collected books and stuffed animals for the Quincy Police Department’s Books n’ Badges program to help children in a time of need.