Our Story: Student Phoebe Barnes shares her passion for science 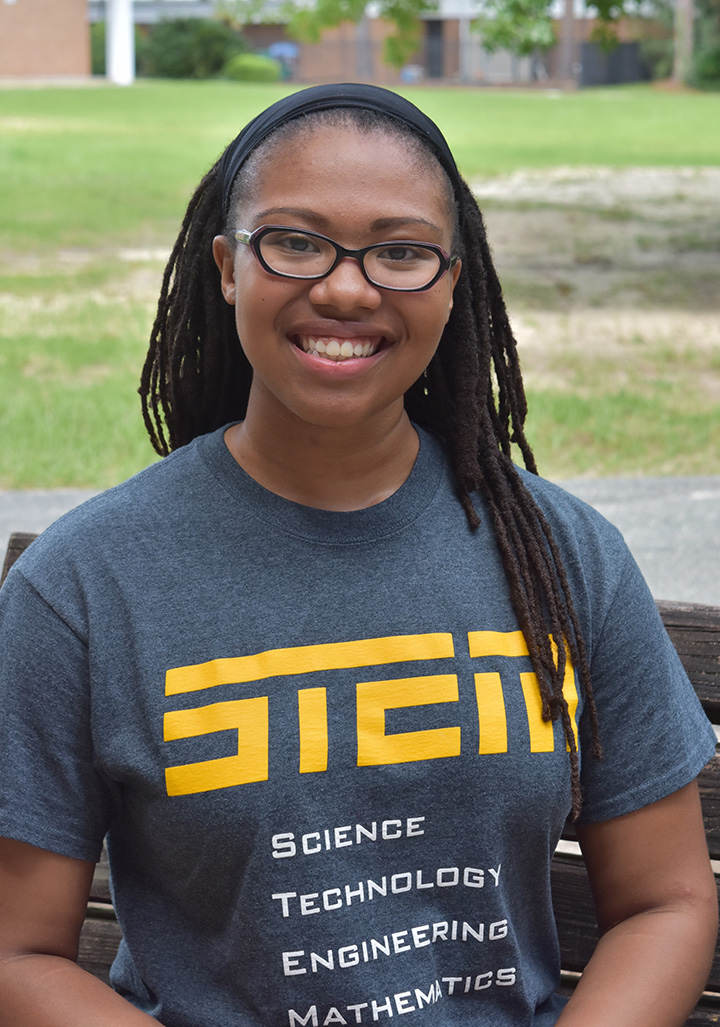 TALLAHASSEE, Fla. (July 18, 2017)—Last year, Phoebe Barnes was one of the most visible representatives of TCC’s STEM Center. She attended program meetings, took photos at outreach events for local children and even helped set up the center’s instructional technology lab for faculty members. So, when Demetrius Rice, the center’s coordinator, needed to hire a student to staff the reception desk and help with the center’s website, he immediately thought of Barnes, whom he calls a “jack of all trades.”

The sophomore moved to Tallahassee from Maryland in 2016 when her mother enrolled in a doctoral program in information sciences at Florida State University. Barnes plans to major in chemistry at FSU or Florida A & M University and eventually become a researcher and educator.

She has wanted to be a chemist since she was a child.

“I remember being at a family reunion and someone asked me what I wanted to be, and I said, ‘a chemist,” and I was like, five. But I had no idea what it meant. I think it probably stemmed from ‘Harry Potter’ and being a ‘potions master.’ But, of course, it grew from there and I was just attracted to the sciences in general—how I could understand the world at a different level.”

Barnes enjoys working with equations and working in the lab, but really loves being in the field, where she can “get [her] hands dirty.”

When she was in middle school, Barnes went on a trip to Costa Rica to learn about the country’s different habitats by studying water salinity, climate and rainfall and observing animal behavior. Then, during the summer of 2016, she did an internship at the Paul S. Sarbanes Coastal Ecology Center in Berlin, Maryland. She was also part of a group of students that took science activities to local elementary schools.

So, when Barnes came to TCC, she was excited to learn that she would still be able to get involved in a wide range of STEM activities.

“I always wanted to be able to connect concepts, things that are kind of challenging for people to digest, and make it in an easier, simpler format. Being in the STEM Center I’ve been able to do that. And, personally, I love outreach and getting into the community too.”

She also appreciates the STEM Center’s focus on preparing students for professional careers in science.

“It’s a nice way to put it together.”