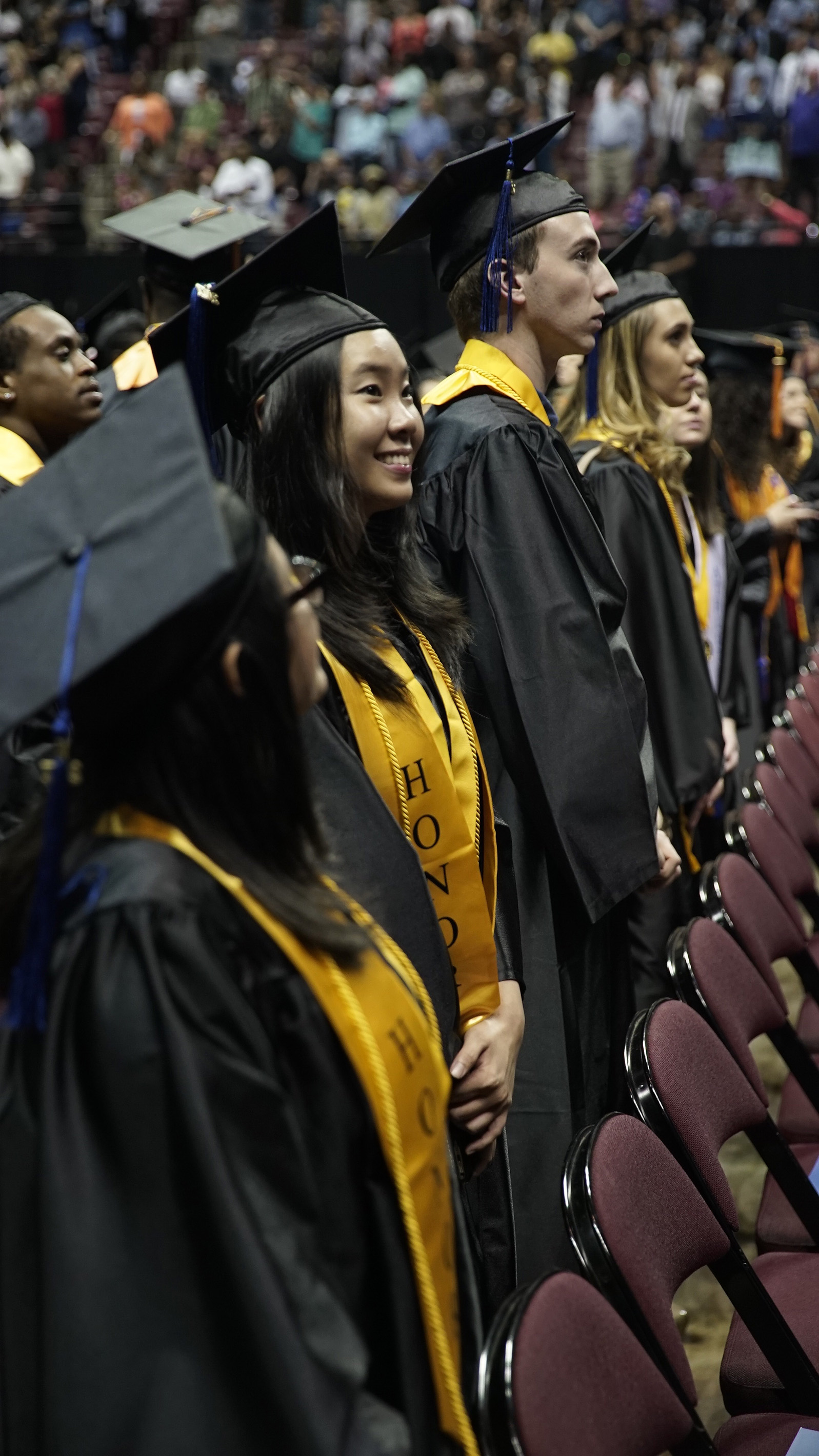 TALLAHASSEE, Fla. (May 8, 2017)—More than 400 Tallahassee Community College students celebrated their graduation on May 6 at the Donald L. Tucker Civic Center.

The students who participated in commencement represent nearly 3,000 TCC students who earned a degree or certificate during the 2016-17 academic year.

The guest speaker was Kim B. Williams, prominent business leader and champion of economic development and innovation. Williams is the president of Marpan Supply and Marpan Recycling and built the first fluorescent lamp recycling plant and the first Class 3 materials recovery facility in Florida.

Williams was a founding member of the Southside Business Association and has served on the boards of the Tallahassee Chamber of Commerce, Tallahassee Housing Authority, Goodwill Industries and Tallahassee Memorial Healthcare. He is also a past chair of the local Economic Development Council. Williams currently serves on the board of Capital City Bank, the Florida State University Research Foundation and the Downtown Redevelopment Commission. In 2014, he received a Lifetime Leadership Award from Leadership Tallahassee.

The student speaker was Alexandria Bergman, who is the first person in her immediate family to earn a college degree.  Bergman is a member of Theatre TCC! and served as vice president of Curtain Call, the student support group for the theatre program. She appeared in “A Christmas Story” and “Young Frankenstein” and has served as an assistant stage manager for two productions. Bergman also competed on the TCC forensics team. She was the state champion in Poetry Interpretation and won bronze awards in both Communication Analysis and Poetry Interpretation at the Phi Rho Pi National Tournament. She received the Warren-Dahlen Fellowship Award at the national tournament.