Our Story: Student shares his success to encourage others 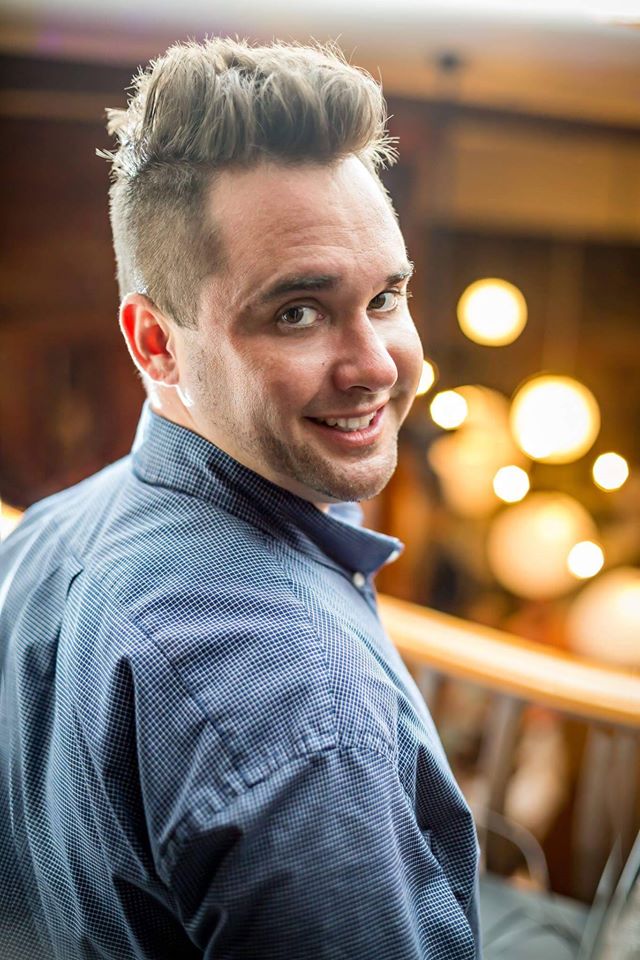 TALLAHASSEE, Fla. (May 24, 2017)—It was the end of the spring 2017 semester at Tallahassee Community College when 33-year old Michael Johnsen logged into his computer to view his grades and saw he had received a 91 on his final exam in English. Overwhelmed, he took to Facebook to share a heartfelt message:

“91 out of 100 on my final from Friday… I dropped out of high school at 16, I was told by people around me and even teachers I was not going to excel in school… Never give up and when someone tells you NO or you can't do it. Use that for motivation towards your goals.”

Johnsen’s message hits home for many students at TCC. According to a 2015 study by the National Center for Education Statistics, the national high school dropout rate is 5.9%. For the millions of Americans who never completed high school, community colleges often provide the easiest way to get back in school. TCC offers GED preparation programs, developmental courses, college success classes and support services to help students transition into college.

Johnsen had wanted to get his diploma and eventually attend college, but his plans took a 13-year detour when he was offered a lucrative job with CBS Las Vegas the same month he turned 18. 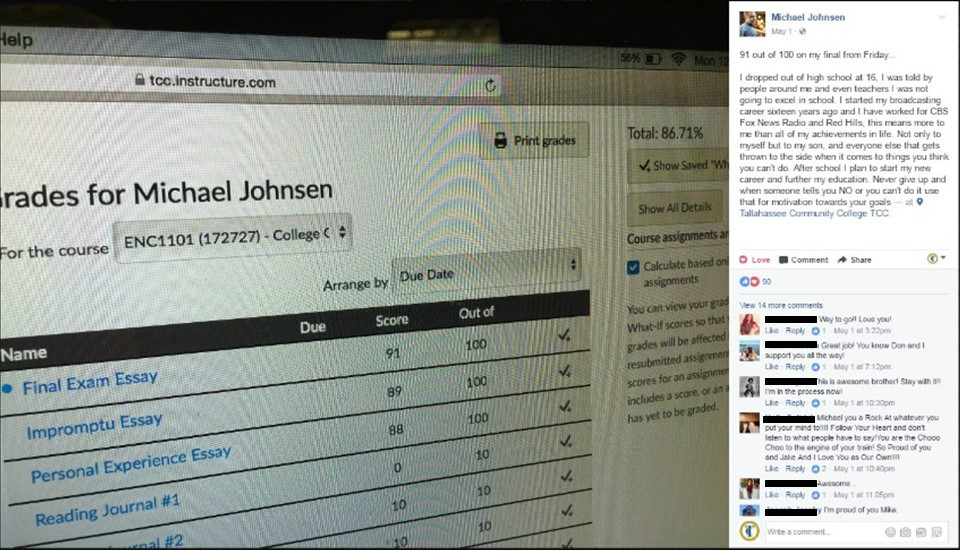 “By the time I was 20, I had three different radio shows in three different states,” said Johnsen. “I worked hard and learned everything I could about the business. I kind of had a chip on my shoulder; I felt I had something to prove.”

Life changed again for Johnsen when his son was born. Wanting to raise him closer to family, he moved back to Tallahassee, where he was hired as a DJ at Hot 104.9. He also started his own mobile DJ business, Michael K. Productions. But he still had some unfinished business – his education. That’s when he turned to TCC.

“I thought, why not start now and let my son see my motivation?”

Visiting campus for the first time, Johnsen was able to sign up for the GED test, which he later passed. Encouraged, he then enrolled full-time at TCC in the spring of 2016.

“I remember my first test, I got a 57. I walked out of there like, great, this is never going to work,” said Johnson. “But I couldn’t just give up. I got a tutor, studied hard, ended up finishing that class with an 87 average.”

Fast forward a year. After posting the message about his final, Michael received dozens of comments and phone calls from friends and family cheering him on.

“That post meant a lot,” said Johnsen. “I’m trying to build a success story. My son is looking up to me. I refuse to fail.

“TCC has given me so much. I am proud to be a student…. There are people out there who are coming to TCC to go back to school just like me. Just work hard and don’t give up.”