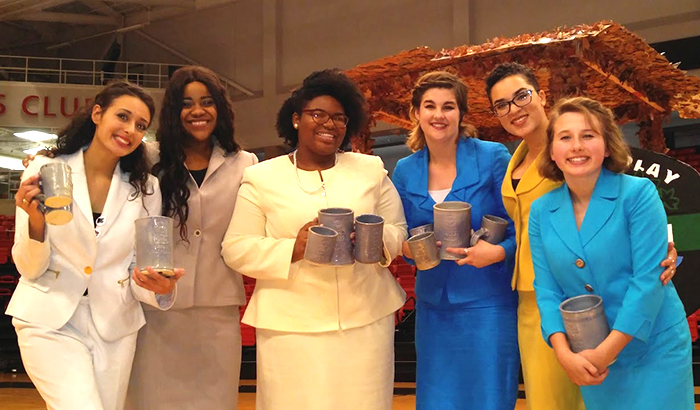 TCC finished as the top-scoring community college for the sixth time in the past seven years at the tournament, held November 4-5 at Bradley University in Peoria, Illinois. Second-year competitors Susan Liss, Samira Taylor and Jesselym Gonzalez swept the top three spots in community college and university novice pentathlon, a distinction reserved for students competing in five or more event categories.

The open division ranking is the second highest the team has ever achieved at the tournament, according to John Schultz, TCC director of forensics.

“These students work tirelessly in their pursuit of excellence,” said Schultz. “Their perpetual dedication to success never ceases to amaze me.”

In addition to winning top honors in pentathlon, Liss was named the tournament champion in Impromptu Speaking. Liss, Taylor and Gonzalez all advanced multiple events to elimination rounds.

Along with the three returning members, TCC was represented by first-year members Karis De Gannes, Kennedy Matthews and Paige Palmer. The team is coached by Schultz and Eva Nielsen-Parks, who serves as assistant director of forensics, as well as several program alumni.