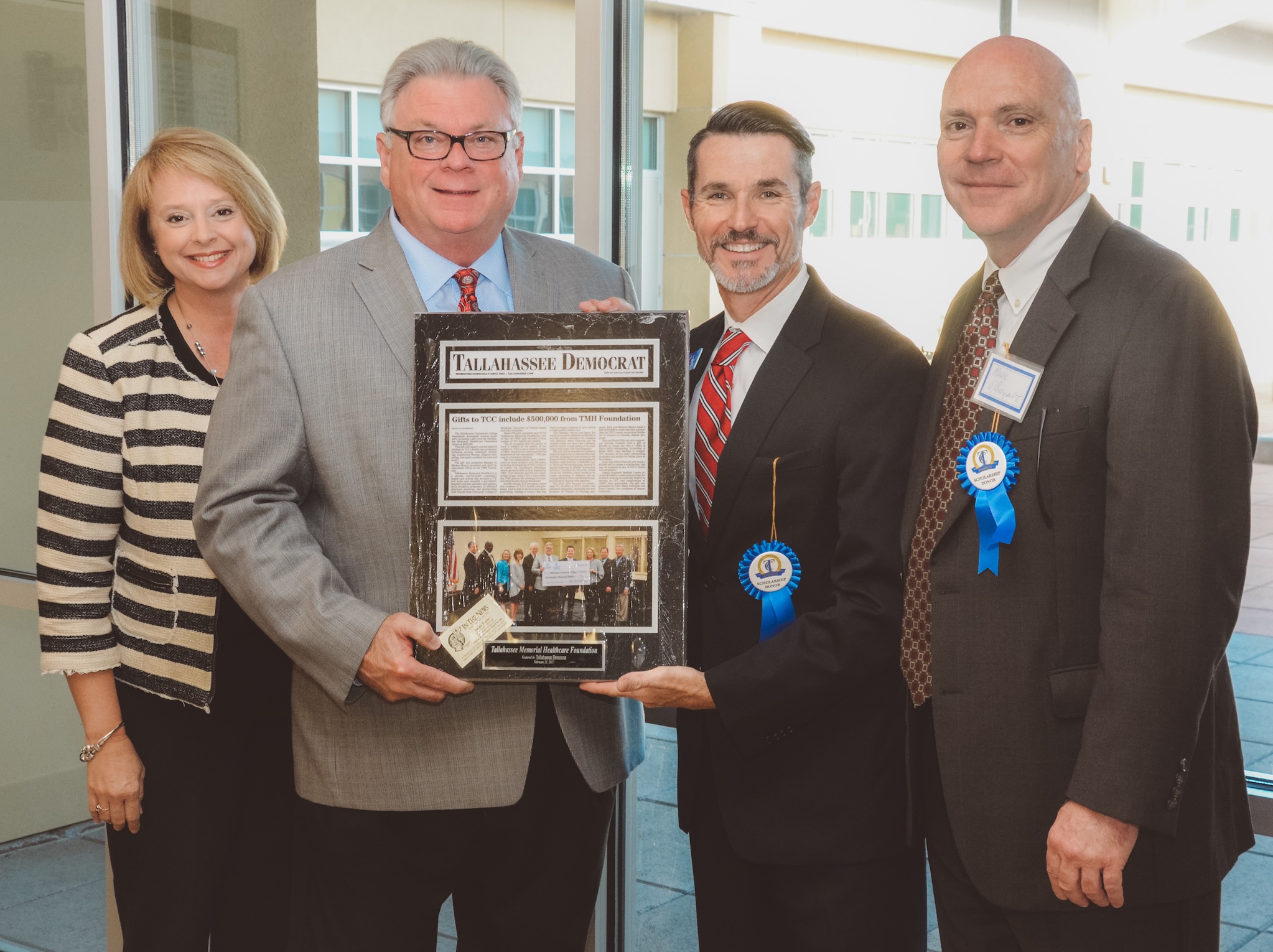 Tallahassee, Fla. (November 6, 2017)—Tallahassee Community College has named the auditorium and one of the nursing labs at the Ghazvini Center for Healthcare Education in honor of Tallahassee Memorial HealthCare.

The naming was part of a November 6 appreciation event for those who have donated to TCC healthcare scholarships. Featured speakers included Barbara Alford, TMH’s chief clinical officer, Mark O’Bryant, TMH president and CEO, and Jim Murdaugh, president of TCC. 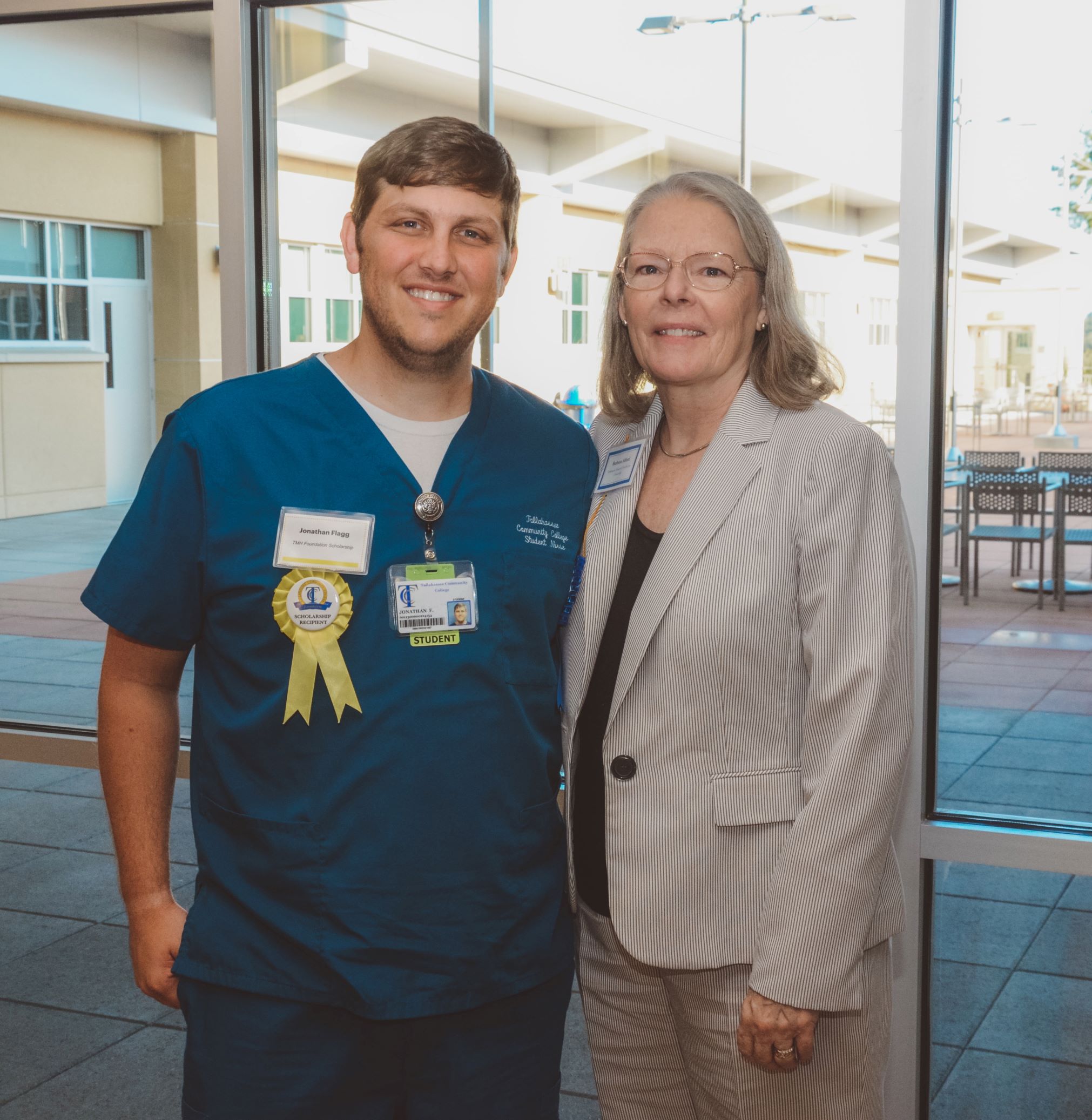 Attendees also heard from nursing student Jonathan Flagg, who is a recipient of one of the scholarships supported by TMH. Flagg is a returning adult student, having served in the U.S. Army for six years, including one year in Iraq and one year in Afghanistan.

According to Heather Mitchell, executive director of the TCC Foundation, the TMH Foundation has provided more than $1.2 million in support for scholarships and programs at TCC during its long relationship with the College.