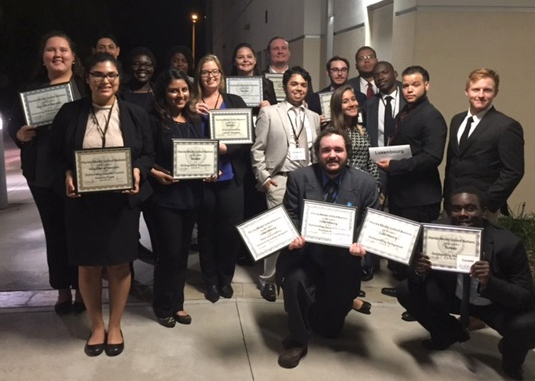 TCC Model United Nations returned with 13 awards, including six for position papers written by students in preparation for the conference and seven recognizing performance in committees by individual or country delegations. This year’s team was led by students Monica Garcia Vega and Roman Ramos.

The team is now preparing for an international conference that will be held in Banff, Canada, during the Thanksgiving break. They will also soon begin the work of hosting hundreds of high school and middle school students for the 22nd annual Tallahassee Southern Model United Nations conference, which will be held at TCC’s Ghazvini Center for Healthcare Education on February 18. Finally, team members are looking forward to closing out the academic year at the National Model United Nations conference in New York City in March.

Faculty advisers for the team are Tom Waller and Richard Murgo. For information, contact Waller at (850) 201-8159 or wallert@tcc.fl.edu.