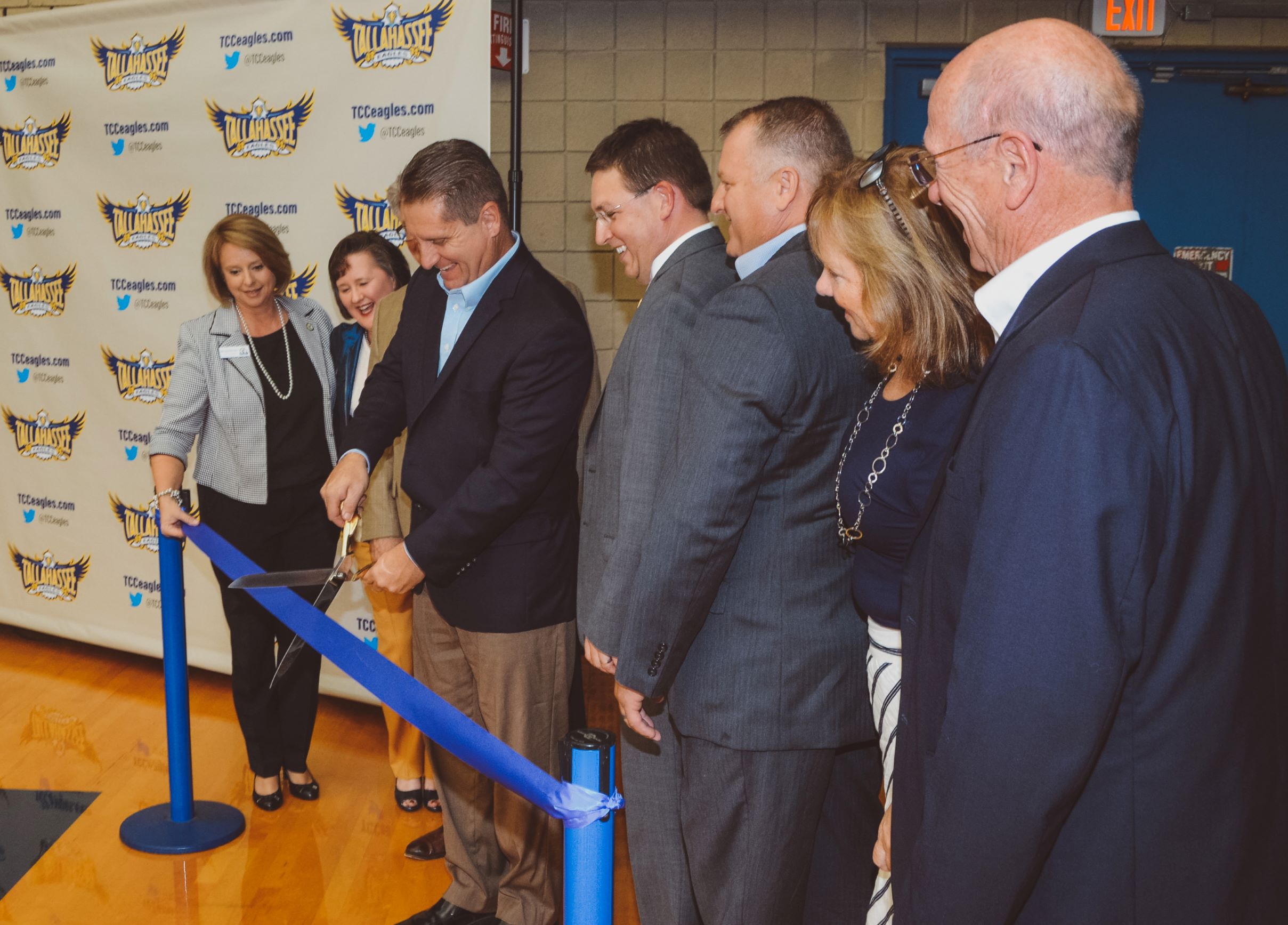 TALLAHASSEE, Fla. (September 22, 2017) – Student-athletes at Tallahassee Community College will be benefitting from a modern new training facility thanks to a major renovation sponsored by Refreshment Services Pepsi & Vending and the TCC President’s Circle. The updated facility where trainers work with athletes to treat and prevent injuries opened yesterday inside the Bill Hebrock Eagledome.

“The space we were in wasn’t really conducive for sports medicine type services,” said Rob Chaney, TCC director of athletics. “Now we have the appropriate space and resources to deliver more efficient, more effective services to our student-athletes. I want our student-athletes to walk away from TCC having received the best possible experience.” 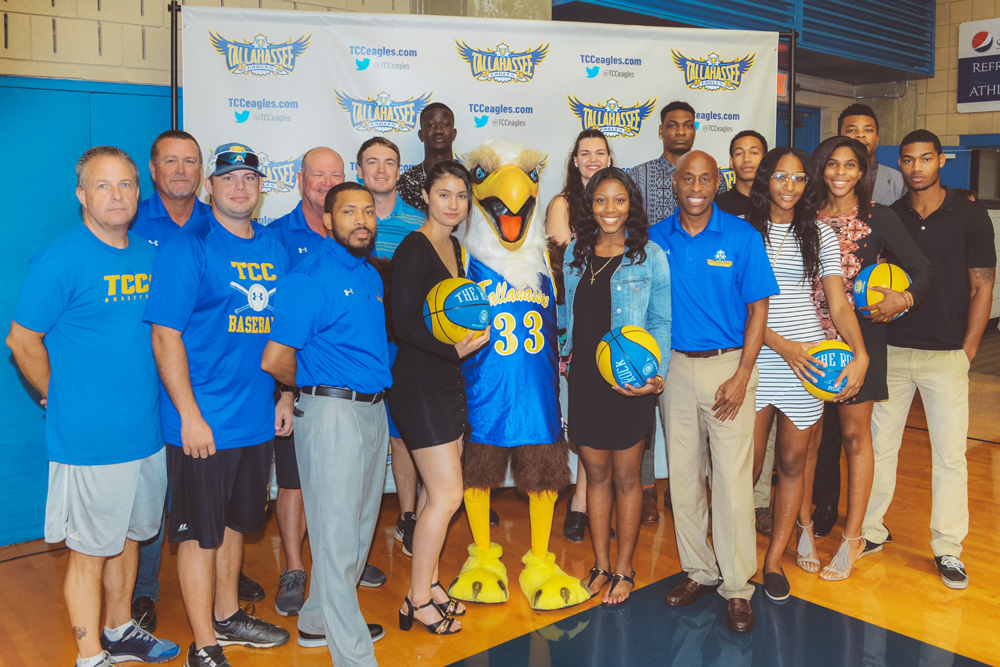 The facility’s location, directly adjacent to the Eagledome’s playing floor, will give the TCC basketball teams immediate access to the training room on their way to and from the locker room on game nights. However, all student-athletes will be served by the Refreshment Services Pepsi & Vending Athletic Training Center, including members of the baseball and softball teams, along with TCC’s two newest teams, women’s and men’s cross country.

“It is an amazing space. It will have a great effect on outcomes” for players, said women’s basketball coach Franqua Bedell.

“As someone who’s rehabbing and trying to stay healthy, it’s very good. I think it’s going to be a great help to me in getting back on the floor.”

“The coaches are over-the-moon excited. Their students are excited. The coaches, the students…that’s what we’re about,” said Stephens.

Chaney added that the new facility is a major step forward for TCC’s athletics programs.

“Better service to our student-athletes and visiting teams, a better work environment for our training staff, and a facility that will open the door to more partnerships in the sports medicine community.”