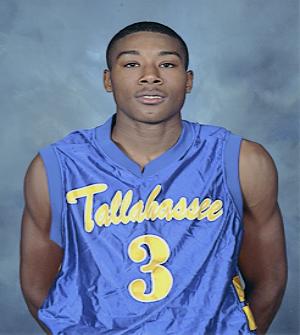 The Florida College System Activities Association (FCSAA) has announced that former Tallahassee Community College Basketball player, Antwan Jones, will be inducted into the Class of 2022 Hall of Fame.

Jones, from Live Oak, Fla., was scouted by former TCC basketball head coach and fellow FCSAA Hall of Famer Mike Gillespie while he was attending Suwannee High School. He came to TCC in 1998. In his first game, the standout player scored an astounding 37 points against Florida State College of Jacksonville. As a college freshman, he led the Panhandle Conference in scoring while on the way to accomplishing First-Team All-Conference honors.

His sophomore year, he joined Tallahassee’s 1,000-point club on January 22, 2000, while playing against Gulf Coast State College, and continues to rank sixth on the College’s all-time scoring list. In his two years at TCC, he helped win the Eagles 46 games, 16 weeks in the No. 1 spot on. the FCSAA Top Ten list, and consecutive berths in the FCSAA State Tournament. He was named Second-Team All-American in 2000.

After graduating from TCC, Jones signed to play for the University of Cincinnati before ultimately finishing at Georgetown College where he was again named Second-Team All-American in 2002. He has played for two international basketball leagues in England and Sweden as well as the Fayetteville Patriots, which is in the NBA’s D-League.

Jones now resides in his hometown of Live Oak, Fla where he offers one-on-one basketball training for youth and coaches AAU basketball. He was inducted into the Suwannee County Police Athletic League Hall of Fame in 2019 and the Suwanee High School’s Hall of Fame in 2020.