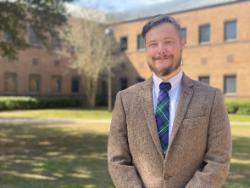 Ross Brooks has been named Associate Dean of Science and Mathematics. He will focus on providing support to the Dean and supervising the adjuncts within the division. Brooks’ experience as a student at Chipola Junior College ignited his desire to teach at a two-year college. After graduating from Chipola, he earned a bachelor's degree in Mathematics Education and a master's in Postsecondary Math Education, both from Florida State University. He is also a 2021-22 graduate of TCC’s President’s Leadership Institute.

Brooks has been a full-time faculty member at TCC for 11 years, serving as the Mathematics Department’s lead faculty and program chair for four years. He has worked on projects which include developing new corequisite math courses, leading a group to narrow the equity gap in math course success rates, and working on an instructor guide for Florida’s new B.E.S.T. Standards for Mathematics. In the last year, Brooks joined the Statewide Mathematics Council subcommittee looking into revising the statewide learning outcomes for developmental and gateway mathematics courses and determining the K-12 standards that align with the postsecondary courses identified for each major or meta-major. In addition, he served as TCC’s faculty liaison to the Florida-Caribbean Louis Stokes Center for Regional Excellence, studying the effectiveness of implementing growth mindset interventions with underrepresented students in college-level STEM courses.

Ken Tellis has been named Associate Dean of Student Success in Healthcare Professions. He will focus on student enrollment, the 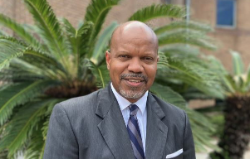 development of programming and assessment tools related to student success, and increased visibility of TCC Healthcare Professions in the community. Dr. Tellis earned a bachelor’s in Science Management from Troy University, a master’s in Public Administration from Florida State University, and a Ph.D. in Educational Leadership from Florida A&M University.

Dr. Tellis was originally hired at TCC in 2004 as an adjunct instructor for College Success. He served as the Assistant Director of Enrollment Management at FAMU from 2008 to 2017, and Director of Academic Services in the College of Education at FSU from 1998 to 2008, before joining TCC full-time in 2017. He began his career at Tuskegee University as an Admissions Counselor. Dr. Tellis served in the United States Army Reserve from 1983 to 1989. 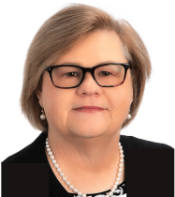 Marty Walker has been named Associate Dean of Healthcare Professions. She will provide support to the Dean and supervise adjuncts within the division. Dr. Walker earned a Master of Science in Nursing and a Doctor of Nursing Practice from the University of South Alabama. Prior to joining TCC, Dr. Walker was employed with HCA Healthcare North Florida Division as the Vice President and Division Director of Clinical Education.

Walker has worked as a nursing educator at the vocational, community college, and master's levels. Her first nursing education position was at Ivy Tech State College in Sellersburg, Indiana, in 1995. Later, her family relocated to Miami and her passion for instructing others led her to the Mercy Hospital School of Practical Nursing, as well as adjunct teaching jobs at Barry University and Florida International University. She spent 12 years at Northwest Florida State College, serving as a professor and Director of Nursing Programs.