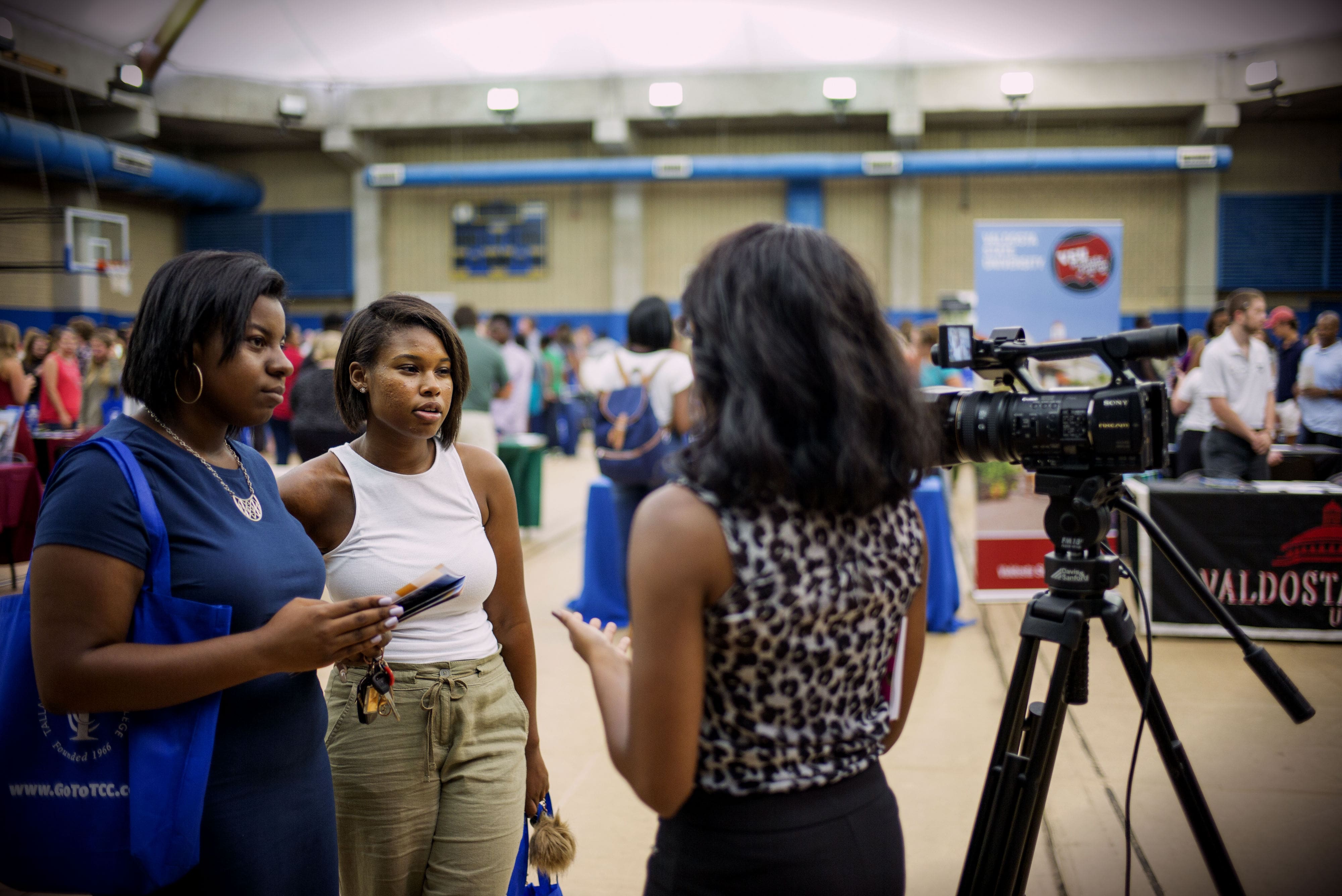 Sharisse Turner, Dean of Transitional Studies at Tallahassee Community College, has been elected Vice President of the National Organization for Student Success (NOSS). She will begin her two-year term at the NOSS national conference in March in Nashville. Turner has been involved with the organization for more than 30 years. She is the current treasurer of the Florida chapter, the Florida Association for Student Success, having previously served as president-elect and president. Nationally, sh Read More

Two TCC Colleagues Elected to the AFC Board of Directors

Two members of the Tallahassee Community College staff were elected to the Association of Florida Colleges (AFC) Board of Directors. Gregory Williams, staff assistant in the Division of Communications and Humanities, has been installed as president of the AFC Board. He has been involved with the AFC for eight years having served in many leadership positions including President-Elect, Vice President for Commissions, Career and Professional Employee Commission Chair, Planning and Development Comm Read More

The U.S. Chamber of Commerce Foundation in partnership with the Greater Tallahassee Chamber of Commerce announced Dr. Joey Walter, Dean of Business, Industry, and Technology at Tallahassee Community College graduated from Cohort XXII of its premier workforce development program, the TPM Academy®. This program is facilitated by the U.S. Chamber Foundation based on their Talent Pipeline Management® (TPM) framework and was funded by a grant from the HCA Healthcare Foundation. Read More

The Tallahassee Community College Speech and Debate Team, also known as TCC Forensics, brought home a big win in the Autumn in the Mountains XXV forensics tournament on the campus of Berry College in Rome, Ga. Read More

Tallahassee Community College’s Division of Workforce Development has been named a finalist for the coveted 2023 Bellwether Award by the Bellwether College Consortium. Read More

Tallahassee Community College has been recognized as one of the Best and Brightest Companies to Work For in the Nation by the National Association for Business Resources (NABR). TCC is one of 135 fall Best and Brightest national winners chosen from more than 1,000 nominations. Read More

Tallahassee Community College Chief of Police Wesley S. Hardin graduates from the 55th Chief Executive Seminar through the Florida Criminal Justice Executive Institute. Chief Hardin is one of 19 chief executives from criminal justice agencies around Florida to graduate from the program. Participants met for one week a month for three months, taking classes on topics such as future trends, social media, risk management, stress management, succession planning, and communicating in a crisis. Read More

Teams from Tallahassee Community College participated in the Pitch for the Skilled Trades and the inaugural Pitch for the Foundation competitions at the National Association for Community College Entrepreneurship (NACCE) Annual Conference in Boston. Six teams, including TCC’s Division of Workforce Development, completed in the final round of Pitch for the Skilled Trades for a share of $150,000 in prizes. TCC earned $40,000 for their pitch entitled “Breaker-Breaker One-Nine.” This project will Read More

TCC Inducts Six into Alumni and Friends Hall of Fame

Tallahassee Community College has inducted six new members into the Alumni and Friends Hall of Fame. The Alumni and Friends Hall of Fame was created to recognize alumni and friends of Tallahassee Community College for their professional achievements, service to society, and support of the College. Each year, nominations are sought from the entire community. As of today, more than 175 members have been inducted into the Hall of Fame – a testament to the talent and character of those who walk thro Read More