The Ralph Hurst Gallery focuses on the work of Ralph Hurst and other significant Tallahassee artists working in the last half of the twentieth century. These artists were the founders of Tallahassee’s vibrant arts community.

Ralph Hurst and his wife Jean donated their personal art collection to TCC in 2003. Their gift makes up most of the College’s collection.

The Gallery originally opened in 2003 and received a major renovation in April 2021. A portion of the gallery was repurposed to create the Hurst Learning Center to explain the various ways art is created.

Currently the exhibit Sculpture: Art in 3 Dimensions is explains the various traditional techniques used by sculptors. The hands-on vignettes include art from our collection, borrowed work, materials, tools, dialog, video, and worksheets.

Find us in the Fine and Performing Arts Center on the main campus.

The Hurst Gallery is open every Monday through Friday* from 12:30 p.m. until 4:30 p.m. It is also open in the evenings and on weekends during events held in Turner Auditorium.

Admission to the Hurst Gallery is free and open to the public. Parking on the campus of Tallahassee Community College is also free.

* Galleries are closed on school holidays.

Sample of the Gallery 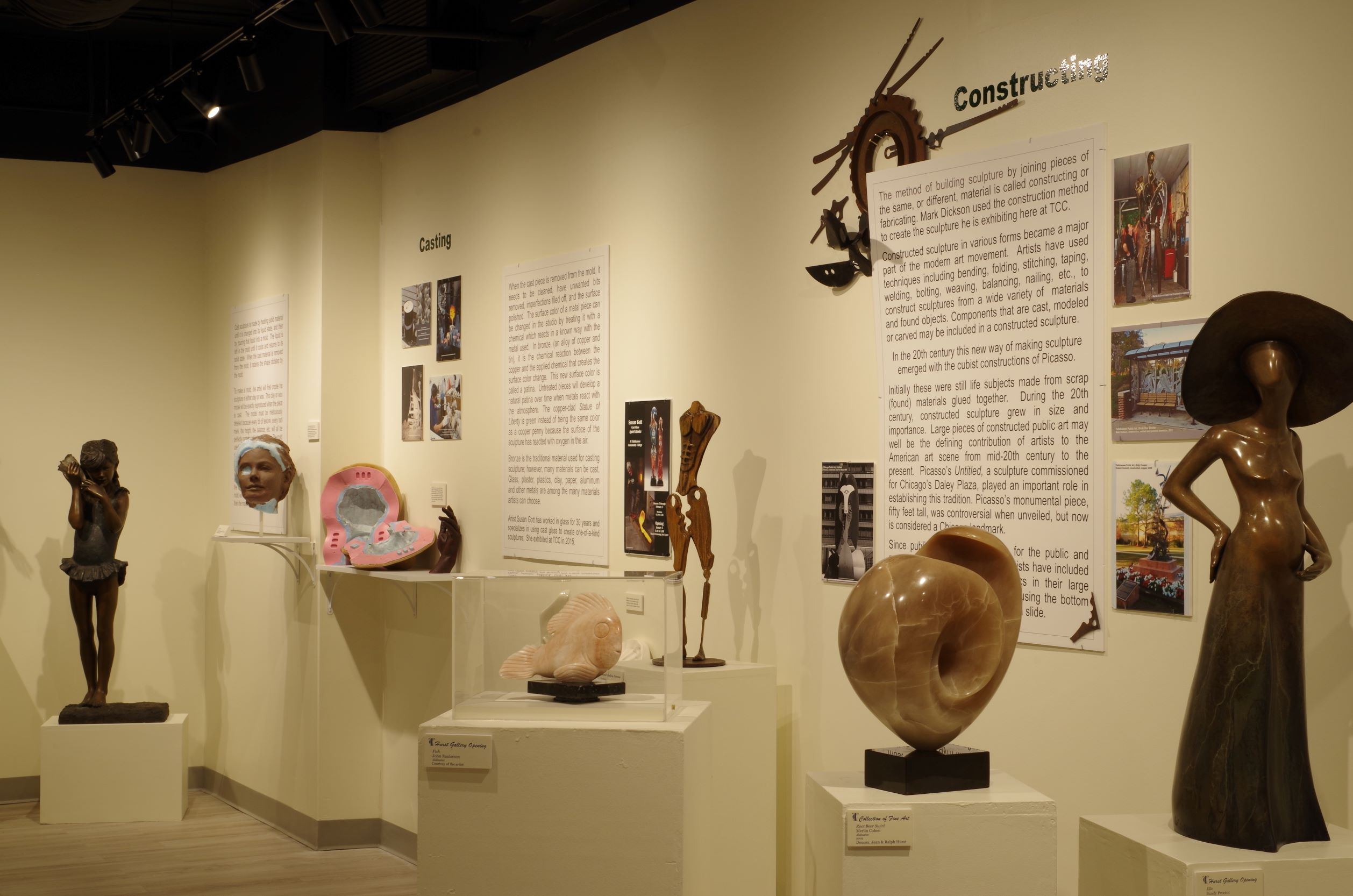 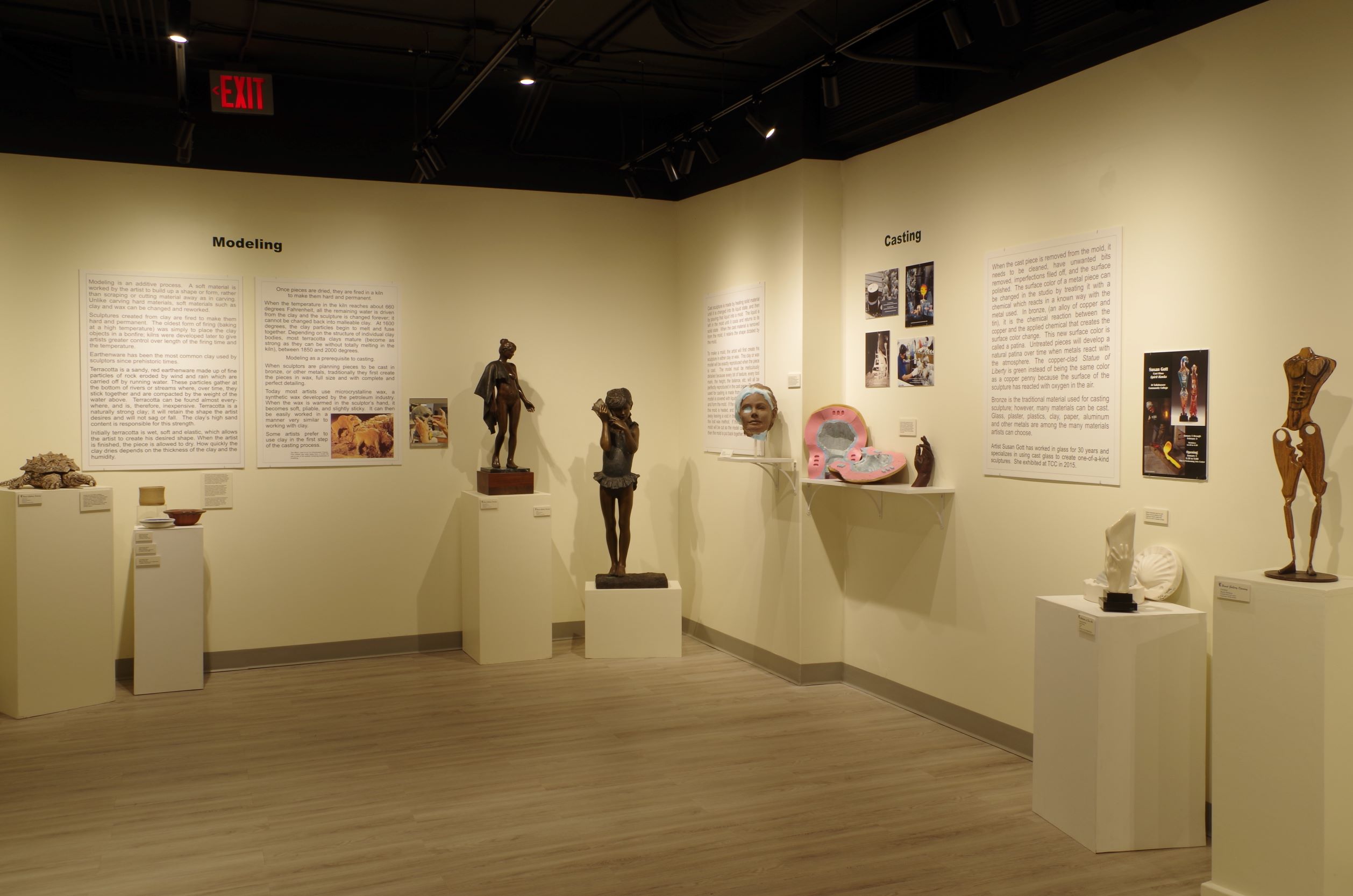 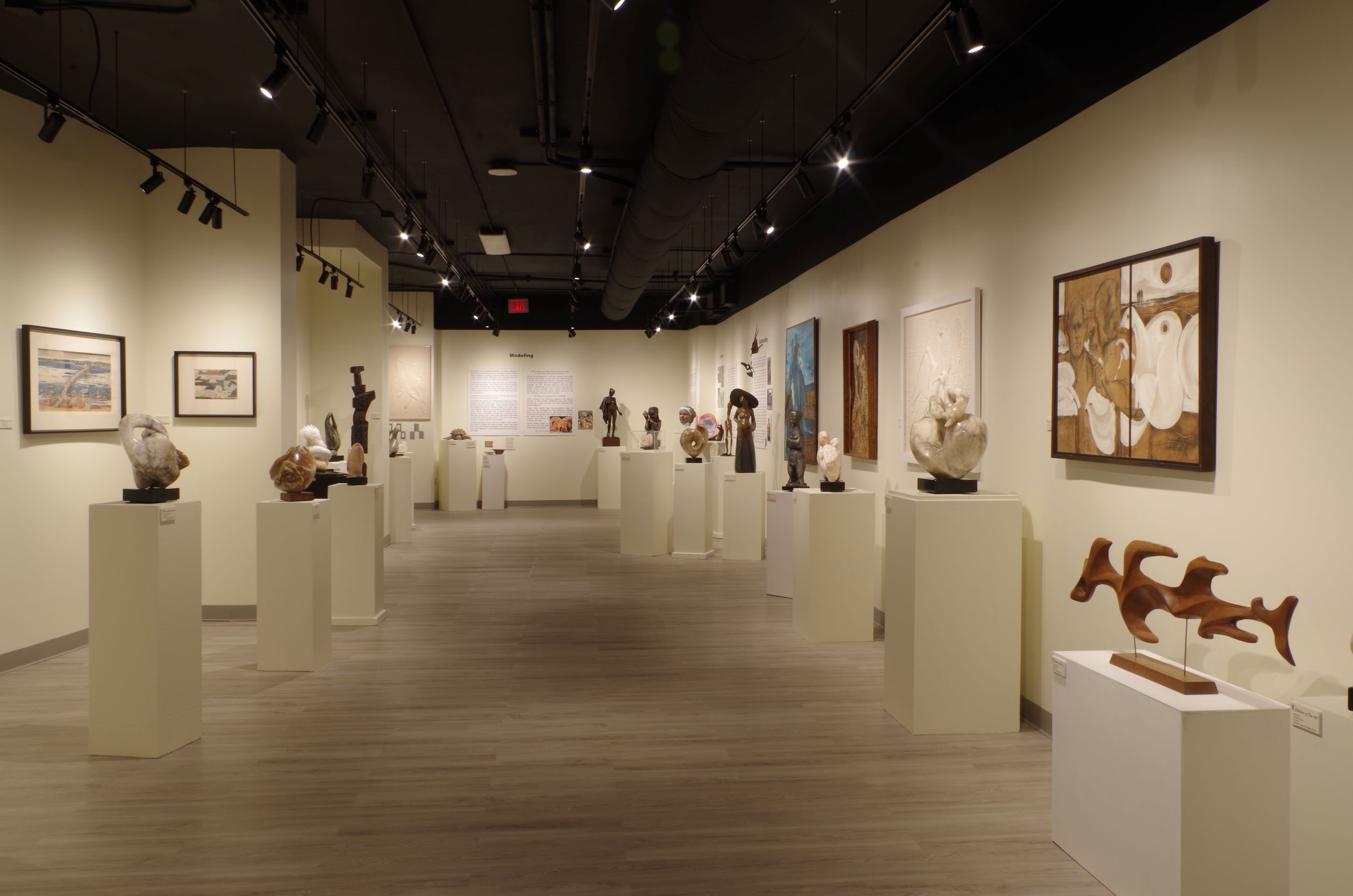 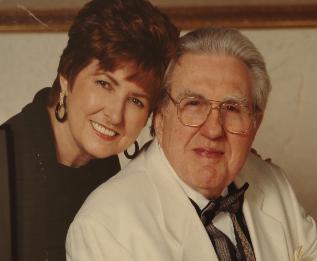 Ralph Hurst, a native of Decatur, Indiana, came to Tallahassee in 1952 and joined the faculty at FSU in 1957. He remained at FSU until 1984 when he retired to become an artist full-time. Tallahassee remained his primary residence until his death in 2003. It is in Tallahassee that Ralph matured as an artist, became a much-loved mentor to countless students, and contributed his time and leadership to developing the city’s arts community.

Hurst studied at various institutions in the late 1930s, but he put his studies on hold to serve his country as an Army Air Corps photographer during WWII. After the war, he returned to school and received a BS and an MFA from Indiana University.

In 1947 Hurst began creating sculptures in wood, bronze, alabaster, and marble. He selected alabaster as his preferred carving medium primarily because of its warmth, its translucency, and its color. Ralph was also fascinated by the way alabaster came out of the ground as a boulder, each with its own unique shape. He felt “the boulder’s form gave me a head start, suggesting an idea with its shape and contour. I also discovered very quickly that alabaster was much easier to carve than marble; everything in alabaster can be done by hand.”

Ralph’s work has been exhibited across the United States, earning the praise of countless individuals and a myriad of awards and honors. His reputation is grounded in his ability to create contemporary, twentieth-century forms with the beauty and refinements of the past’s great sculptors.

Special lecture tours for classes and patron groups may be scheduled with the curator free of charge.