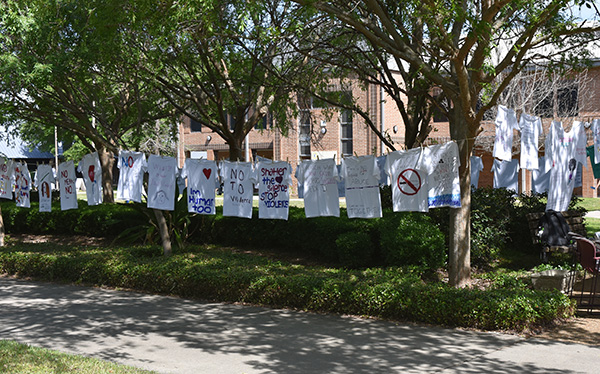 The College added a new victim advocate position in late February through a Victims of Crime Act grant funded by the U.S. Department of Justice. This position was also sponsored by TCC and the State of Florida.

“As an institution, we identified the need for students who experience various types of crime to have individualized support from a professional with expertise in victimization, the impact of crime and trauma, as well as the legal process,” said Jennifer Barr, director of student services. “While we offer many supportive services to our students, we felt it necessary to expand our resources with a staff member who can support and empower students who are victimized.”

Michelle Tibbits-McClellan is now serving as the victim advocate at TCC. Tibbits-McClellan has over 10 years of experience advocating for victims of all kinds. In her role at TCC, she provides support and crisis counseling for those who are a victim of a crime, witness to a crime or in need of crisis counseling. She can also help affected students make necessary arrangements with instructors and walk alongside students as they overcome their personal or legal battles.

On the topic of sexual assault, Tibbits-McClellan shared that she believes it is an issue that should be discussed more often than once a year. However, she went on to say, “Sexual Assault Awareness Month serves as confirmation to victims that, ‘Yes, what happened to you is a crime, you don’t need to be quiet about it. You are a victim of a crime.’” She hopes this month will give victims strength to come forward.

TCC also had a student-powered campaign titled “The Clothesline Project,” which was designed to spread awareness of sexual assault. This campaign began in the classrooms of Lauren Fletcher and Kelly Thayer, both members of the TCC English Department. The campaign allowed students to decorate a plain white t-shirt with a design or message that addresses the need to end sexual assault. These t-shirts were hung on a clothesline in central campus to be viewed by all who walked by. The students worked hard to take a public stance against sexual assault. They promoted their project to the local media and were featured on WCTV. With the strong emotional appeals that these designed t-shirts made, the students who participated were effective in their goal of spreading awareness of sexual assault.