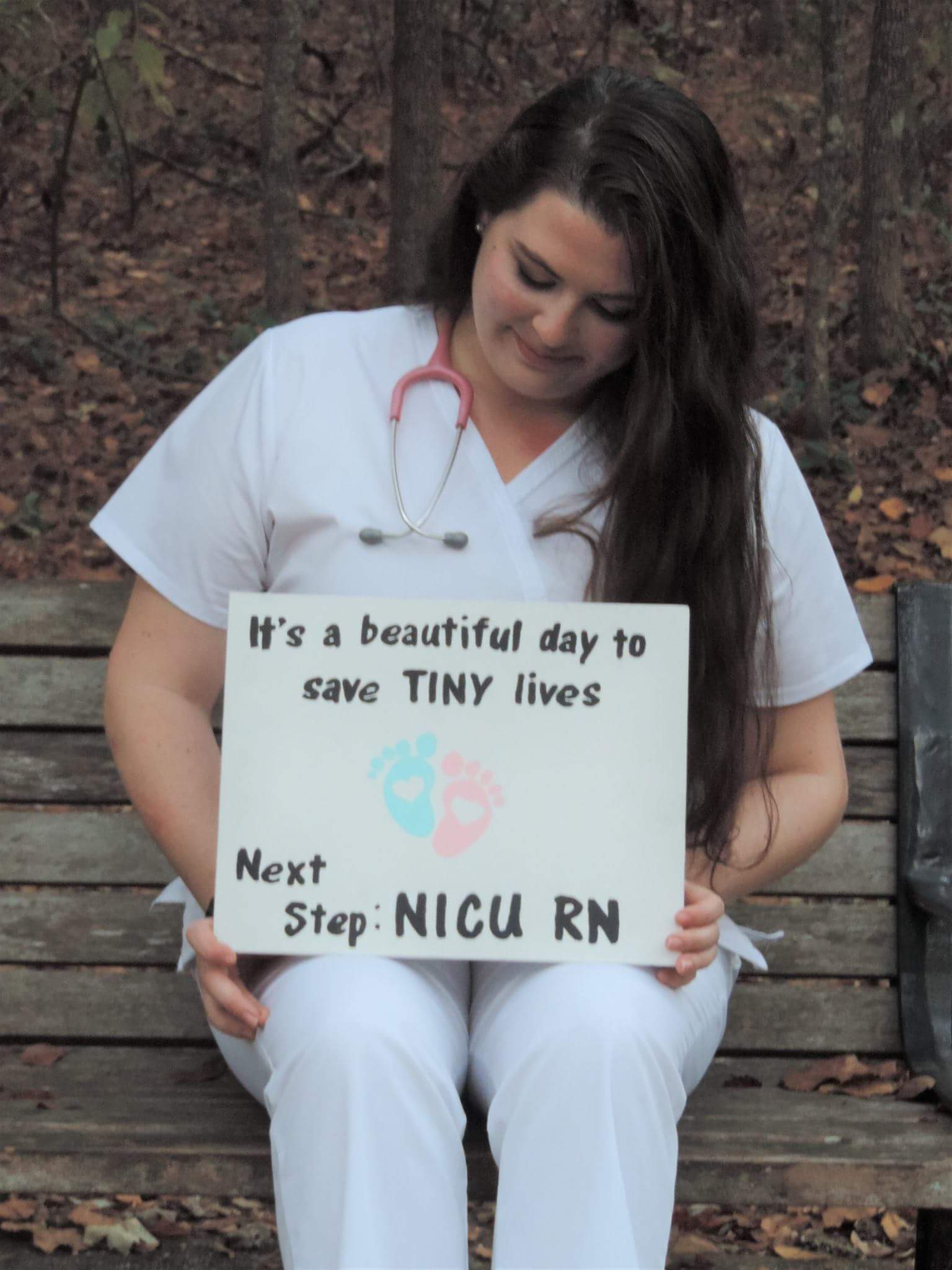 Tallahassee, Fla. (December 6, 2017)—Although Courtney Weiner graduated from the nursing program at Tallahassee Community College just one day ago, she has already lined up her dream job—a full-time position in the neonatal intensive care unit at Tallahassee Memorial HealthCare.

Weiner’s dream began two decades ago, when the then preschooler announced that she was going to be a pediatric nurse. It took shape as Weiner continually sought opportunities to develop the broad set of clinical and interpersonal skills she will need as a member of the pediatric healthcare team.

Weiner is a 2012 graduate of Stoneman Douglas High School in Parkland, which is in Broward County. Before she enrolled in TCC’s nursing program, Weiner earned a bachelor’s degree at Florida State University in family and child sciences, with a certificate in developmental disabilities. While at FSU, she did research related to parenting children with disabilities. Weiner entered the nursing program in January 2016 and has also been working part-time at TMH as a nurse extern in the NICU.

Weiner also recently completed her preceptorship in the emergency room at Capital Regional Medical Center. According to Jamie Cook, who directs TCC’s nursing program, Weiner has been an exemplary student, in terms of academics, clinical skills and commitment to patient care. Her steady success is all the more remarkable given that Weiner’s mother was killed in a car accident in December 2016—just as Courtney was reaching the halfway mark in the nursing program.

“It was hard to find motivation, but I just took it one day at a time and kept pushing because this is something I’ve wanted for so long.”

Weiner’s classmates rallied around her, making sure she was okay and preplanning for a possible delay of her return to classes, anticipating how they could help her.

“The students were so very concerned for her well-being,” said Cook. “This class has stuck together and has always lifted up their fellow classmates. Courtney is an amazing young woman. She so sweet and so very smart—the nursing world is wide open to her.”

Reflecting on the difficult times she faced a year ago, Weiner said she believes the experience will inform her practice as a nurse, allowing her to better understand the family’s side of the healthcare equation.

After taking the national nursing exam in January, Weiner looks forward to getting started at TMH as soon as possible. She also plans to enroll in an online bachelor’s degree level nursing program in the not-too-distant future, while continuing to work full-time.

“Then I see myself growing in the NICU, getting my neonatal certification and my lactation consultant certification and being part of the transport team that goes in the ambulance to get babies from other hospitals that don’t have NICUs.”

Weiner said she feels well-prepared to begin the career she has so long dreamed about, thanks to the challenging curriculum of the TCC nursing program.

“We’re known as one of the harder nursing programs in the area, and I like that because it’s made us better as nurses.”

For information about TCC’s nursing program and other healthcare programs, visit tcc.fl.edu/healthcare or contact the Healthcare Professions Division at healthedu@tcc.fl.edu or (850) 558-4500.