Transitioning from military to civilian life is a difficult process. For some veterans, college provides a valuable opportunity to refocus their service efforts in other pursuits.

Such is the case for Trey Waddell III, who received his Associate in Arts degree from Tallahassee Community College in May. Waddell enrolled at TCC after serving in the United States Marine Corps. 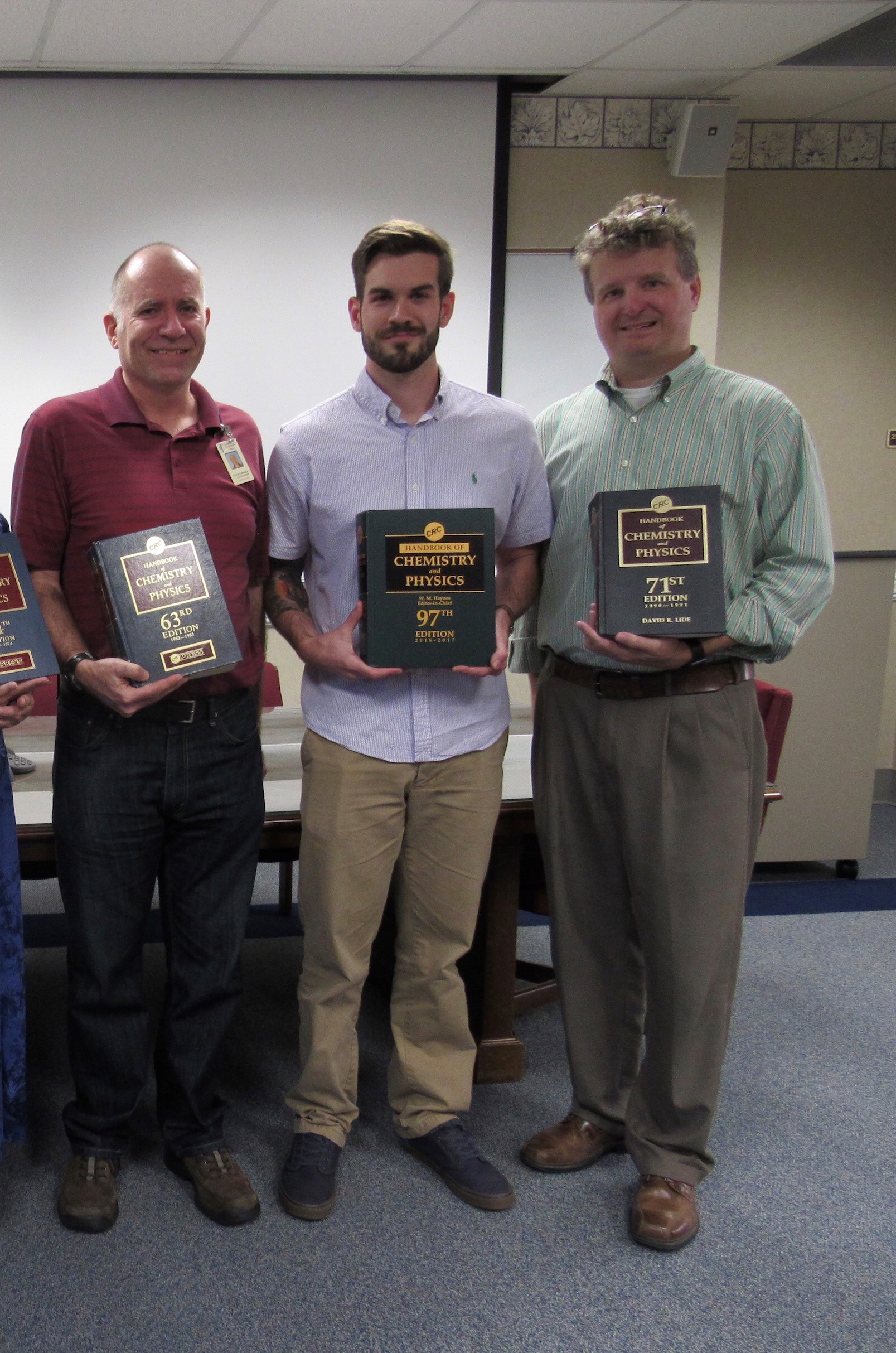 That assistance combined with a strong work ethic helped Waddell win the 2017 CRC Press Chemistry Achievement Award, sponsored by the Taylor and Francis Group. The annual honor bestowed by the members of TCC’s chemistry department recognizes the top chemistry student at the College.

Waddell received a certificate of achievement as well as a copy of the 2017 CRC Press Manual, a reference that includes mathematical constants and physical properties of common compounds.

“Trey’s lab reports were of publication quality,” Dribben said. “Other students would often seek him out to see how we would approach a particular experiment.”

Waddell plans to transfer to Florida State University’s nursing program after finishing prerequisite coursework in the fall. He aspires to become a mental health nurse practitioner specializing in counseling and rehabilitation for veterans with post-traumatic stress disorder.

Waddell emphasized the presence of people at the College who genuinely care about student success, particularly where his fellow veterans are concerned.

“Returning veterans should strongly consider TCC as a choice for their education,” Waddell said. “TCC is a veteran-friendly school, and there are numerous resources in Tallahassee to help you succeed.”