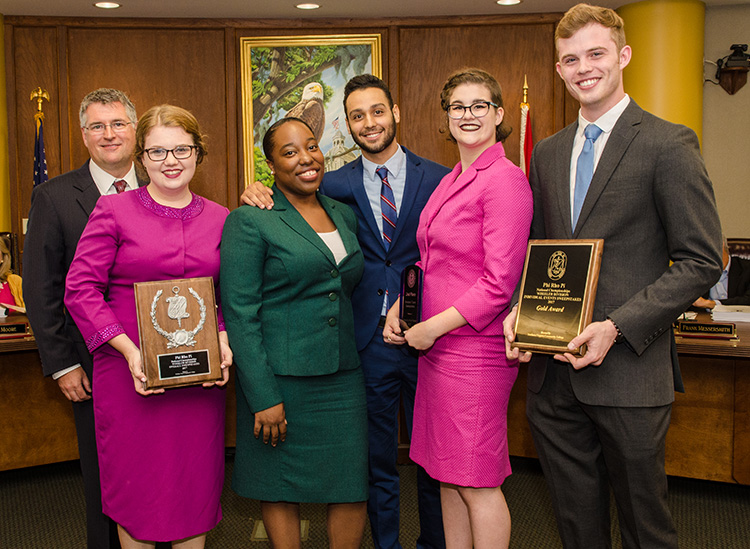 Ten of the 11 members of the team advanced to elimination rounds at the tournament held April 10-15 in Washington, D.C. Nathalie Estiverne led the charge by advancing three of her events to final rounds, receiving a Gold Medal in After Dinner Speaking and Silver Medals in Dramatic and Poetry Interpretation.

Several team members will perform Wednesday, May 17, at a showcase benefitting the Shira Brownstein Memorial Scholarship Fund. “An Evening of Forensics” will begin at 7 p.m. in Turner Auditorium, located in the Fine and Performing Arts Center. There is a $5 suggested donation, and the public is invited to attend.