Our Story: Mother and son will graduate together 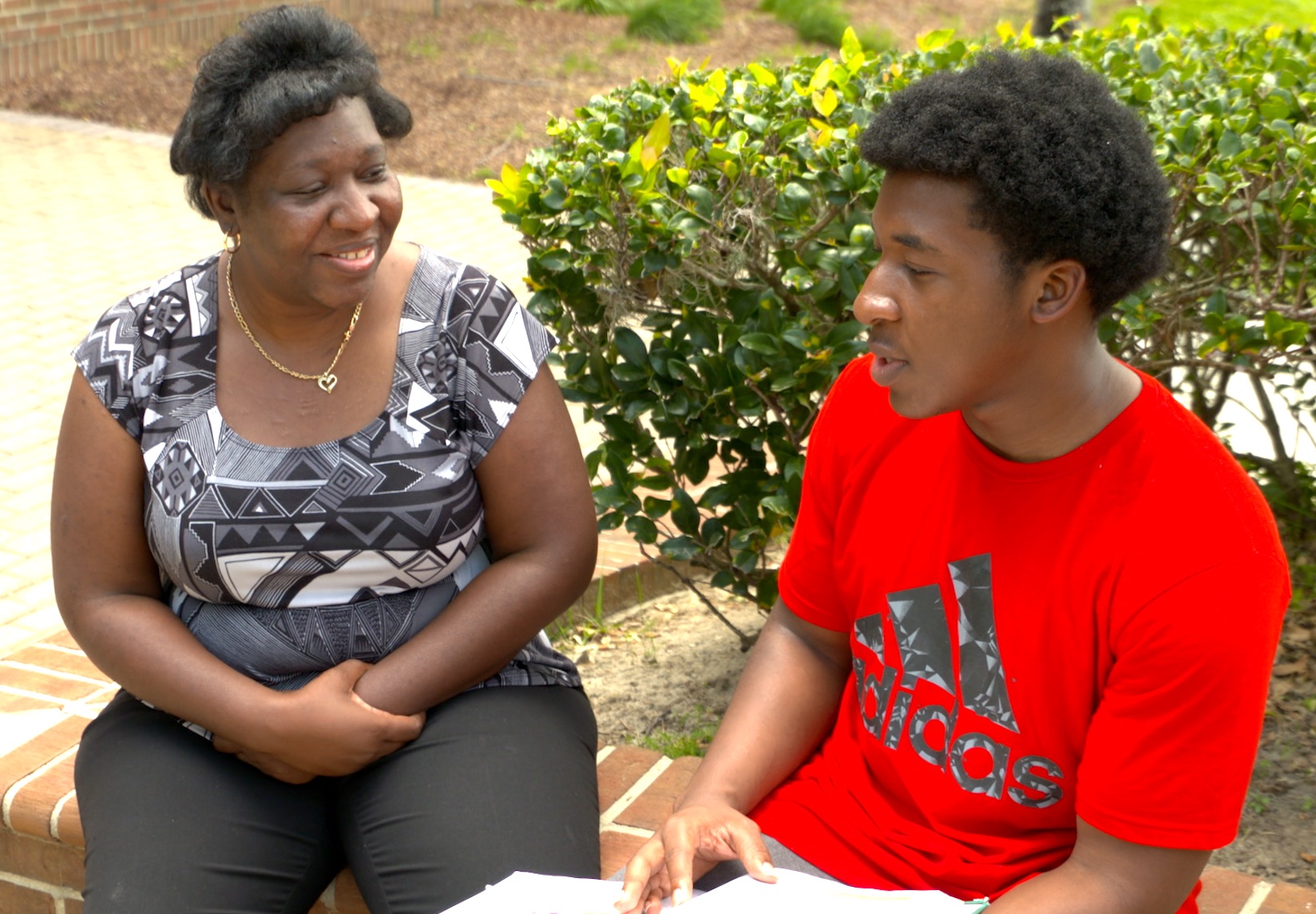 TALLAHASSEE, Fla. (May 1, 2017)—E'ven Shelton and his mother, Danrell Gasque-Shelton, will both graduate from Tallahassee Community College on the evening of May 6.

E’ven, whose grades earned him a spot on the Honors List, is graduating with an Associate in Arts degree. He plans to transfer to Florida State University to study biology, with the long-term goal of becoming a neurosurgeon.

Danrell, who is also receiving an A.A. degree on Saturday, will continue at TCC to earn an Associate in Science degree in computer programming.

While E’ven was a student at Rickards High School in Tallahassee, Danrell encouraged him to sign up for the dual enrollment program at TCC in order to get a head start on college.

Later, it became E’ven’s turn to encourage his mom.

E’ven said it felt good to inspire his mom, but there were times when it was a little awkward to have her going to the same school. “But I had to think to myself, if I’m going to better myself, my mother is going to better herself also.”

Danrell found that TCC was a good fit for her as a returning adult student.

“I’ve enjoyed it. Love all the teachers I’ve had. If I had any trouble I could go sit with them and talk to them. Even though I’m older they encourage me to keep going. You’re never too old to graduate from college.”

E’ven is happy that he and his mom are graduating together.