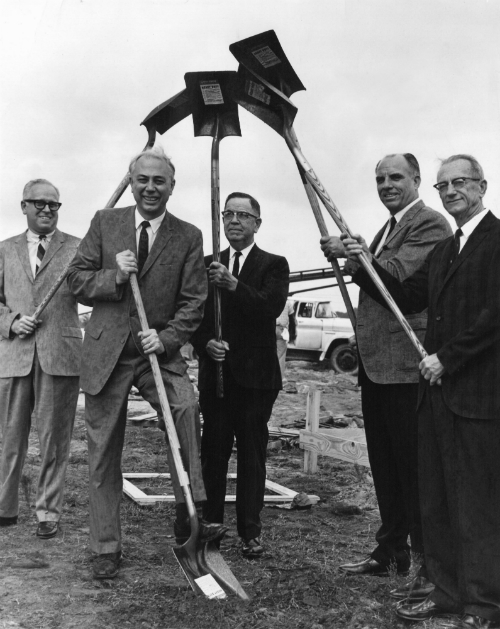 Fred W. Turner held many titles during his long, successful career in education—not the least of which was founding president of Tallahassee Community College. But to his son, Mike, he was both “dad” and “hero.”

Even now, 30 years after his death, Mike’s voice still breaks with emotion at the memory of his father.

“He was way ahead of his time, politically and intellectually,” said Mike, who is now 70. “He would occasionally get frustrated as [TCC] was growing. He would sometimes feel the pressure of trying to keep it all together. But when times got tough, he always found a way to work through it.”

From the Ground Up

“He was warm and friendly. He took the butterflies out of my stomach right away.”
—Oida Talley, Leon County’s Teacher of the Year in 1960, hired as TCC math faculty by Fred Turner, serving 1966-1987

In September 1965, the same month the elder Turner was selected as president of TCC, the younger was entering his freshman year at Emory University. His parents had to drop him off at school several days early so they could return to Tallahassee in time for Fred to formally accept the position.

Over the next several years, while Mike was studying for med school, Fred Turner set out to build a “near-flawless new college” from the ground up. When Mike came home to visit, his father always had something new to show him over on the campus.

“He was a tireless worker and wanted everything to be above board and just so,“ said Mike Turner. “He would make the rounds, catch up with the night shift custodians, and then he would pull out his tape measure to check stud placements, classroom sizes, and the rest [of the construction progress].”

“Dr. Turner was a truly gifted educator who established the basic principle that the College and every activity therein were to be directed to the needs of the students.”
—Archie B. Johnston, TCC director of institutional research, 1968

Mike’s memories of his father echo Fred Turner’s sterling reputation in the community. Known as a fair-minded man of integrity, he was also a force to be reckoned with when it came 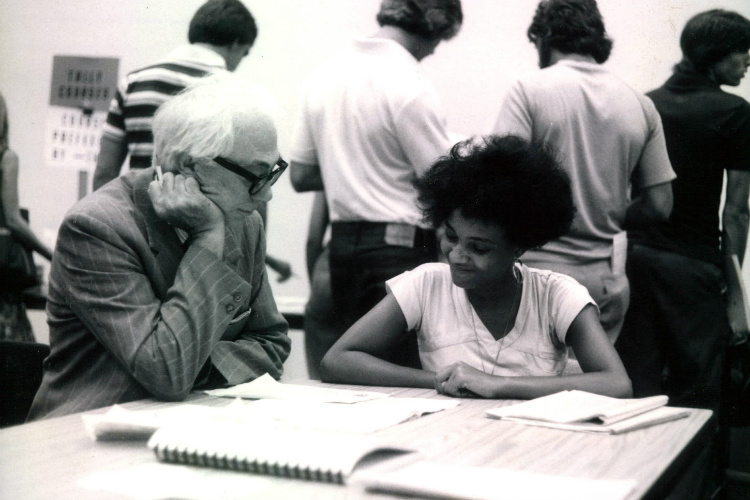 to making way for the future TCC. He set about methodically tackling everything from construction planning, to writing curricula and course descriptions, to hiring faculty and staff. He was up late on the phone with state representatives, ensuring funds would be set aside for TCC.

While there were many things Turner had to learn as he went along, his decisions reflected a lifetime of experience.

As an Army Air Corps veteran, he had been awarded the bronze star for heroic service while serving in France during World War II. After his service, he earned his doctorate in education from Florida State University and taught history and civics at the high school level before moving up to principal. Upon joining the Florida Department of Education, he developed the Americanism vs. Communism course for Florida high schools, for which he was invited to spend a summer lecturing at Columbia University and received the prestigious Freedoms Foundation Award.

Tallahassee Community College clearly benefitted from Fred Turner’s high standards. From the time the College opened its doors in 1966 to when he initially retired in 1979, enrollment increased by nearly 400%. When Turner returned a couple years later as interim president for the 1982-83 academic year, it increased another 50%.

People of All Kinds

“Dr. Turner showed us that all students and employees of the College held value.”
–Dorothy “Dot” Binger, TCC director of business affairs, 1966

To Fred Turner, who loved to meet new people, the whirlwind hiring process in the early years was a true joy. He poached faculty from area schools, including Leon High School, where Mike had attended school and where Fred’s wife worked at the time. He hired according to qualification and regardless of gender or race—a progressive mindset for the 1960s.

“I’ve never seen a man who works better with people—people of all kinds,” State School Superintendent Tom Bailey was quoted in the Tallahassee Democrat in 1965.

Leon High was integrated in 1963, and Mike Turner remembers being “volunteered” by his parents to sit with the new students. Founded after the Civil Rights Act, TCC was never segregated. Photos from the College archives show Turner warmly shaking hands with students and employees of all races, showing that all were welcome.

“He knew absolutely everybody’s name, and respected everyone no matter their job or background,” said Mike.

End of an Era

“There was a man who had a vision,
Of a place to serve us all,
And that man in all his wisdom
Fulfilled his dream by standing tall.”
—Sylvia DeLoach, TCC counselor and assistant to the vice president for student affairs 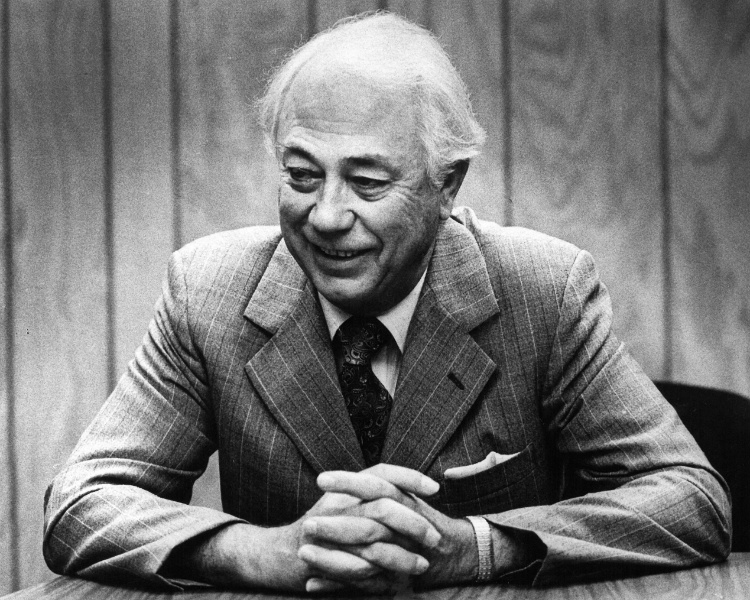 When Turner announced his plans to retire at the end of the 1977-78 academic year, the College knew he would be a tough act to follow. It took trustees until 1979 to name Marm M. Harris TCC’s second president.

Then, when Harris left to become special assistant to the Commissioner of Education for Community College Affairs just three years later, the trustees asked Turner to return as interim president while they launched a search for a permanent replacement.

“He was ready to retire--he had accomplished what he had set out to accomplish – but the situation at the College made him want to help out,” said Mike.

Finally, in July of 1983 the College appointed James H, Hinson Jr. as TCC’s third president, and Fred Turner was finally able to make his retirement official. After that, when he wasn’t speaking or serving as president of the Rotary Club, he could be found on the golf course, where he would sometimes play 36 holes a day.

On November 6, 1987, Fred Turner passed away after a brief battle with Non-Hodgkin’s lymphoma.

“My dad set the standard that I have tried to live by my whole life, and still live by today,” said Mike. “People always asked me who my hero was, and obviously my dad was always my hero.” 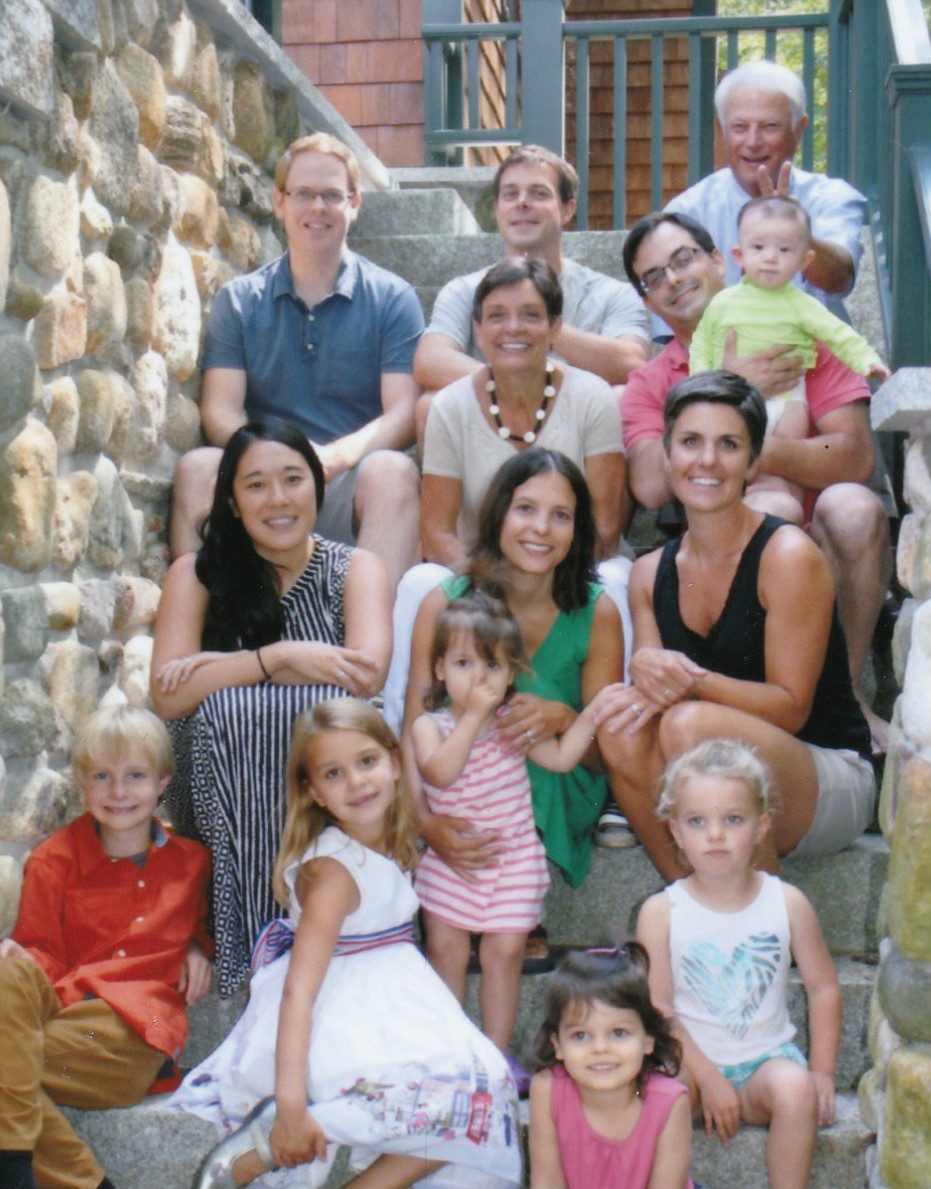 TCC inducted Fred W. Turner into the Alumni and Friends Hall of Fame on October 30, 2017, along with the other past presidents: Marm M. Harris, James H. Hinson Jr., T. K. Wetherell and William D. Law Jr.

Mike Turner (pictured left) is now retired and lives with his wife, three dogs and two cats in New Hampshire. When he is not volunteering at his local food pantry or restoring antique boats, he enjoys spending time with his six grandchildren. They’re parents are OK, too.