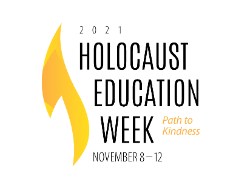 The week begins with two book talks and signings with Greg Dawson, author of Hiding in the Spotlight, on Monday, November 8. In his book, Dawson tells the remarkable story of his mother, Zhanna Arkashyna, a Jewish piano prodigy from the Ukraine. In 1941, she managed to escape the Nazi death march to Dorbitsky Yar and used her rare musical gift to help her survive. Performing and giving concerts for the occupying German troops as they move throughout Europe, Zhanna keeps her true identity a secret before eventually making her way to New York in 1946 where she became one of the first Jewish refugees to enter Juilliard.

WHAT:          Hiding the Spotlight Book Talk with Greg Dawson

WHAT:          Hiding the Spotlight Book Talk with Greg Dawson

Tuesday evening, November 9, is a reception and special performance by TCC’s award-winning Forensics Team which will include pieces presented by students that focus on discrimination and its effects on our culture, law enforcement, low socio-economic populations and social isolation for students. Reception in the TCC Fine Arts Gallery from 5:30, with the performance beginning at 6:15 p.m.

Wednesday, November 10, features a conversation with Holocaust survivor, Laszlo Selly. Laszlo and his twin brother were born into a middle-class, Jewish family in Budapest, Hungary, in 1937. He will share his journey from his family being forced by the Nazis to live in Jewish housing in 1944 to the Hungarian Revolution in 1956 to his immigration to the United States.

Friday, November 12, rounds out the week with Resistance: A Lunch and Learn Experience with Dr. Monte Finkelstein who spent more than 35 years as a history professor and dean of the Division of History and Social Sciences at TCC.

There is a mistaken belief that during the Holocaust, the Jewish people did not offer any significant resistance to the Nazis. In fact, there are many acts of armed resistance, most famously the Warsaw Ghetto Uprising and the revolt of prisoners in the Auschwitz death camp. Many Jews served as partisans throughout Europe despite the difficulties and dangers involved. There were also uncounted acts of unarmed resistance including maintaining one’s humanity in the face of all attempts at dehumanization, documenting the Holocaust for future generations, preserving Jewish life and culture in the face of the Nazi assault, and the heroic efforts by doctors in the camps and ghettos to preserve life for as long as possible. Jewish resistance was a fact and demonstrated the Jewish people’s will to survive in the face of overwhelming odds and brutality.

Throughout the week, TCC will host its first-ever Path to Kindness project, a student-facilitated campus-wide engagement project. Tee shirts with messages of kindness will be created and displayed throughout campus. Students, faculty and staff are invited to participate in helping us create TCC’s first ever Path to Kindness Walk. Tee shirt-making stations will be located in the Student Union Ballroom throughout the week from 10:00 a.m. to 1:00 p.m.

All events are free and open to the public. For more information on Holocaust Education Week, visit tcc.fl.edu/HEW