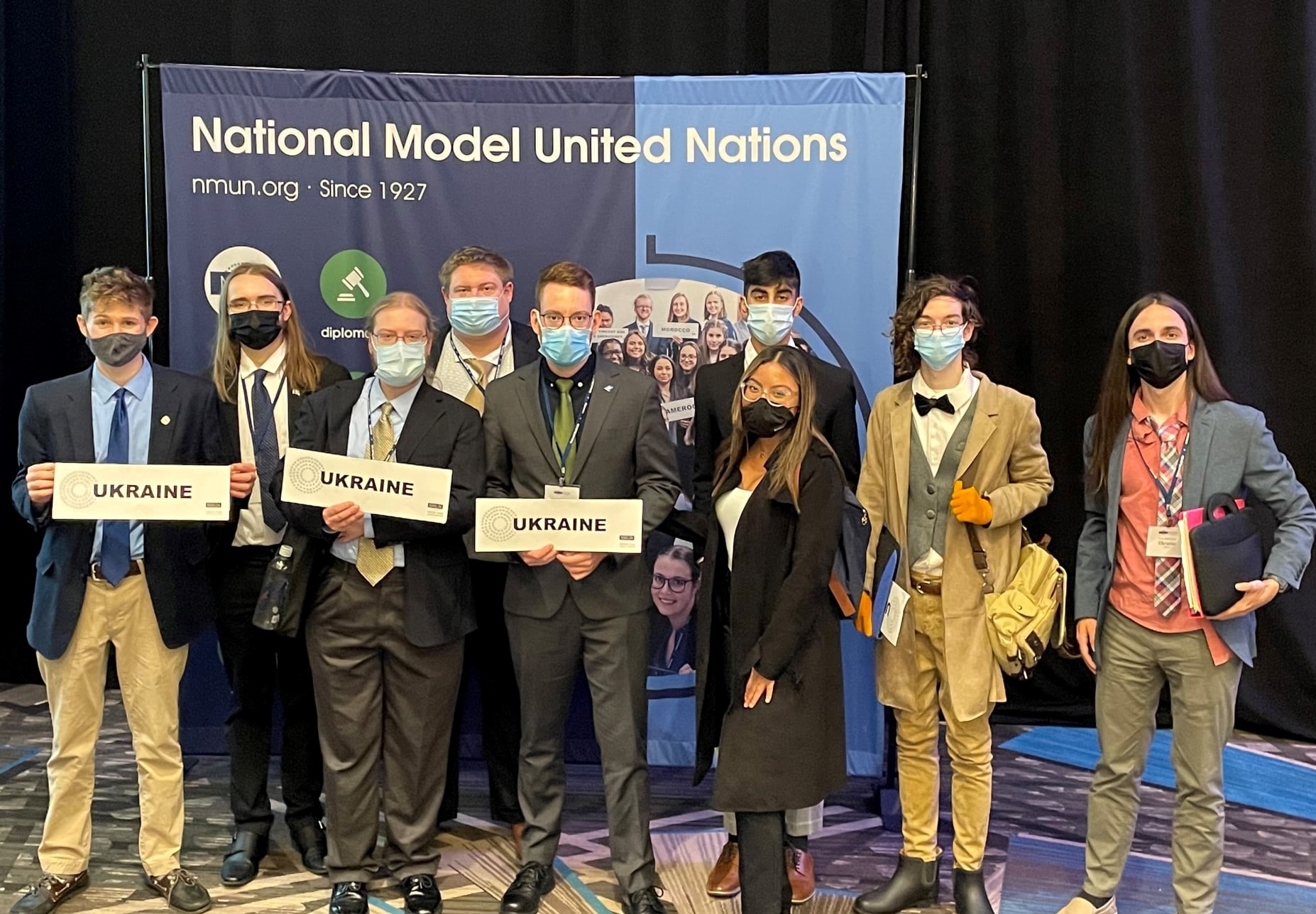 The purpose of this student-led organization is to facilitate a better understanding of international issues and to improve skills in research, writing, public speaking, and collaborative decision-making. This is done through preparation for and participation in regional and international conferences, where students debate and collaborate with each other as they attempt to resolve international issues from the perspective of their chosen country.

TCC Model UN is consistently ranked in the top tier of Model UN programs worldwide. There are only a handful of community college programs in the country, and TCC consistently distinguishes themselves at regional, national, and sometimes, international conferences. Those TCC students who do good work and are chosen to attend conferences will have all travel expenses to these conferences paid by the college.

During National Model U.N. Conference in New York, the students will have the opportunity to actually meet in the United Nations building, conducting their committees and closing ceremonies in the same general assembly room that the actual UN delegates meet. The students will also have a one-hour audience with the UN representatives from the countries they are representing.  They will be able to ask questions relevant to the political and economic situation in the respective countries.

TCC Model UN also helps organize and staff a conference for the region’s high and middle school students. The Tallahassee Southern Model United Nations (TSMUN) Conference has been held annually for 25 years now, typically bringing together over 200 high and middle school students from over a dozen local and regional schools. Up to two excellent students are typically chosen at TSMUN to receive full two-year scholarships to attend TCC.

These academic experiences, and the camaraderie of the members of TCC’s Model UN team, prove time and again to engage students in learning about the world, to improve their academic skills, and to form lasting friendships and networks which stretch beyond their time at TCC.

How to Join Model UN

Any currently-enrolled TCC student who attends weekly Model-UN meetings, and who does the work to prepare for conferences, can participate on the Model UN team. Students can join the team at any time, but to be considered for conference travel should begin working with the team early in any semester.